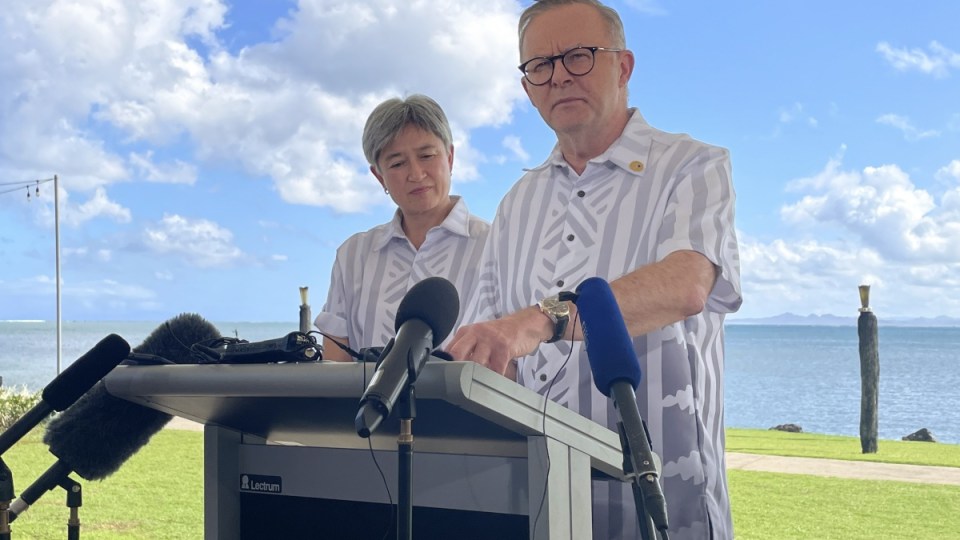 A program that brings workers from Pacific island nations to Australia has been boosted in a bid to address critical skills shortages.

The Pacific Australia Labour Mobility scheme has been expanded to the services industry, and will include aged care, tourism and hospitality.

Currently, the scheme has been focused on industries such as agriculture and other blue-collar sectors.

Prime Minister Anthony Albanese said the expansion would allow for more workers in industries where there had been workforce shortage.

“This is good for our Pacific island neighbours because what it enables is more women to participate in the scheme,” he told reporters in Fiji on Friday.

“But it’s also good for Australia because these are areas in which there are massive skills shortages.”

There are 25,000 workers from the Pacific who are in Australia on the scheme, including 2600 from Fiji.

The prime minister said the government would also look to expand the scheme to allow for workers to travel with their families.

He said a previous exclusion on families might have been a factor in fewer people taking up the scheme.

“A practical measure that we will have, and one that shows that we respect people from the Pacific and their contribution that they are making, is to allow families to be able to apply to join in Australia for that period of time,” he said.

“That, to me, seems to be a common sense move … it’s something that we’ll implement.”

Industries across the country have been experiencing employee shortages, driven by a tight labour market, record low unemployment and rising COVID-19 cases.

Mr Albanese said the expansion of the scheme would provide not only an economic boost to Australia but to countries across the Pacific as well.

“The average participant in those scheme remit around $6000 a year back to their country of origin as well,” he said.

“It’s a way of boosting the economy (in the Pacific) whilst making a real difference back in Australia. I think this is an example whereby our practical partnership is producing enormous benefit.”

A delegation of Australian parliamentarians is heading to Fiji next week where they will be briefed on the operation of the scheme.

Indipendent MP Helen Haines, who will be on the delegation, said that with the Labor government scrapping a plan for a dedicated visa for farm workers from Southeast Asia she was focusing on ensuring the Pacific Australia Labour Mobility scheme delivered for farmers.

“We have some major harvests coming up in a few months … if we don’t have the workforce in place for these harvests, then the government will have serious questions to answer,” the regional Victorian MP said.

“I am joining with farmers to call for immediate action to expedite Pacific island workers to come to Australia, and enough flexibility in those visa arrangements to enable people to work shorter harvests across multiple farms.”

One aspect of the trip will be a visit to the Australia Pacific Training Coalition in Suva to learn about opportunities for the aged care workforce.

COVID-19: How careful do I still need to be around older and vulnerable family members?
Police, tax office nab GST fraudsters
Today's Stories