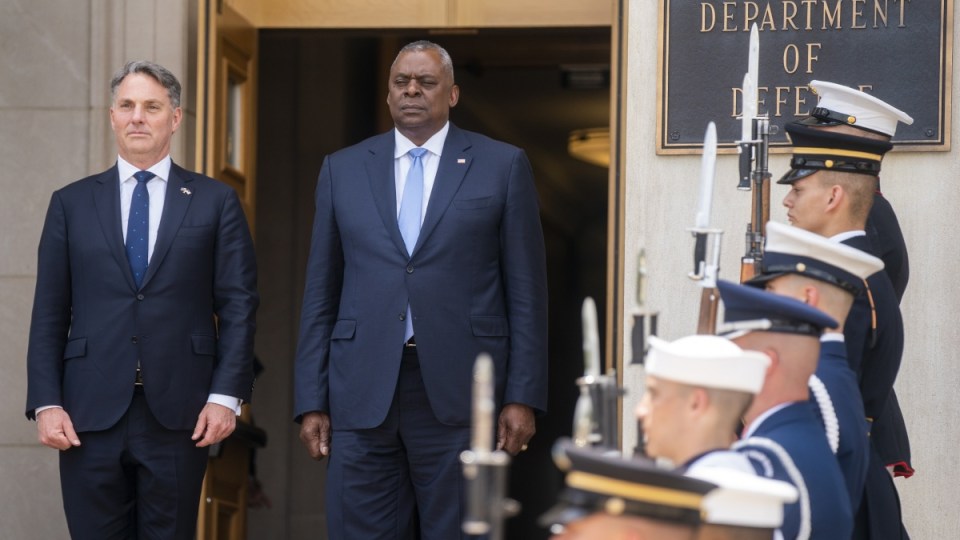 A decision on what type of nuclear submarine Australia will acquire as part of the AUKUS security pact will be unveiled in early 2023.

Defence Minister Richard Marles confirmed the federal government would look to announce whether Australia would use nuclear submarines from the US or UK in the first quarter of next year.

An announcement would be made then of when the new submarines would be operational, Mr Marles said.

The confirmation of the timeline followed talks in Washington at the Australian American Leadership Dialogue, which Mr Marles attended.

“Talking about AUKUS, talking about the process that is under way was a real focus of the conversations,” he told reporters in Washington.

“But I come away with a sense that this work is on track, it is being done and we look forward to being able to make those announcements as we planned.”

It was revealed Australia would acquire nuclear-powered vessels as part of AUKUS when the security pact was announced last year.

The decision also involved the scrapping of a multibillion-dollar French submarine contract, prompting anger from the European nation.

The first submarines as part of AUKUS aren’t expected to be operational until the late 2030s.

Concerns had been raised about Australia’s capability gaps before the new submarines, which replace the ageing Collins class boats, would be able to be used.

What to consider when winding up a self-managed super fund
‘Not the Australian way’: Pressure on PM over pandemic leave
Today's Stories