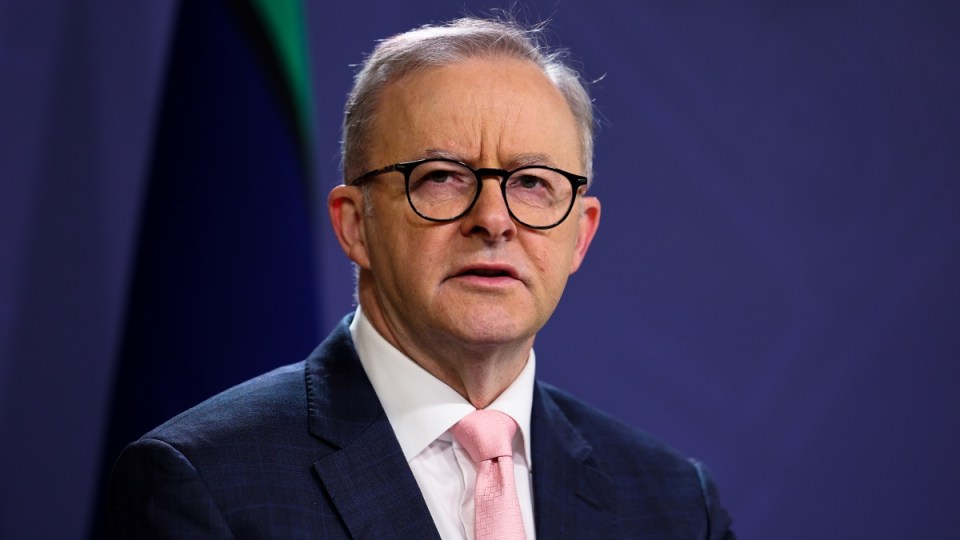 The prime minister remains adamant Labor’s new climate target has broad support, despite a push from some Pacific leaders for Australia to increase it.

Anthony Albanese says his government has a mandate to implement its target to cut greenhouse gas emissions by 43 per cent by 2030, ahead of legislation being introduced when parliament kicks off later this month.

But while Australia will push ahead with plans to co-host a future United Nations climate summit alongside Pacific nations, countries in the region have urged it to adopt a bigger emissions target to combat climate change.

“We have a mandate for our position. It is one that has the potential to end the climate wars,” Mr Albanese told ABC radio on Wednesday.

“This is a floor, not a ceiling … we need to seize that opportunity, and my government intends to do just that.”

His comments came after the prime minister challenged the Greens to back the government’s climate bill, warning MPs who didn’t would be held accountable.

But the Greens have called for the 43 per cent target to be lifted even further for a stronger stance on emissions reduction.

“The Greens are willing to work constructively with Labor, but it seems Labor’s approach is ‘take it or leave it’,” Mr Bandt said.

“Labor risks letting their idea of the perfect be the enemy of the good … the Greens are willing to negotiate on climate, but it is seems Labor isn’t.”

The prime minister arrived in Suva on Wednesday for the Pacific Islands Forum, where climate change will be among the key topics of discussion.

Climate Change Minister Chris Bowen said the approval of more than 100 new coal and gas projects in Australia did not undermine its message to the region.

“We have a very holistic policy, which is committed to the 43 per cent reduction, but we’ve been very clear about how we’ll achieve those emissions reductions,” Mr Bowen told ABC radio.

“We do have to recognise the impacts of climate change on our own islands, as well as the Pacific and Indonesia as the world’s largest archipelago, and all islands are exposed.”

The net-zero technology acceleration partnership was announced during the Sydney Energy Forum on Tuesday.

Mr Bowen said the agreement marked the start of a much larger partnership.

“We wanted climate change to be a much bigger part of the alliance and … the Biden administration and the Albanese government are very closely aligned on climate and the agreement we signed yesterday is a reflection of that,” he said.