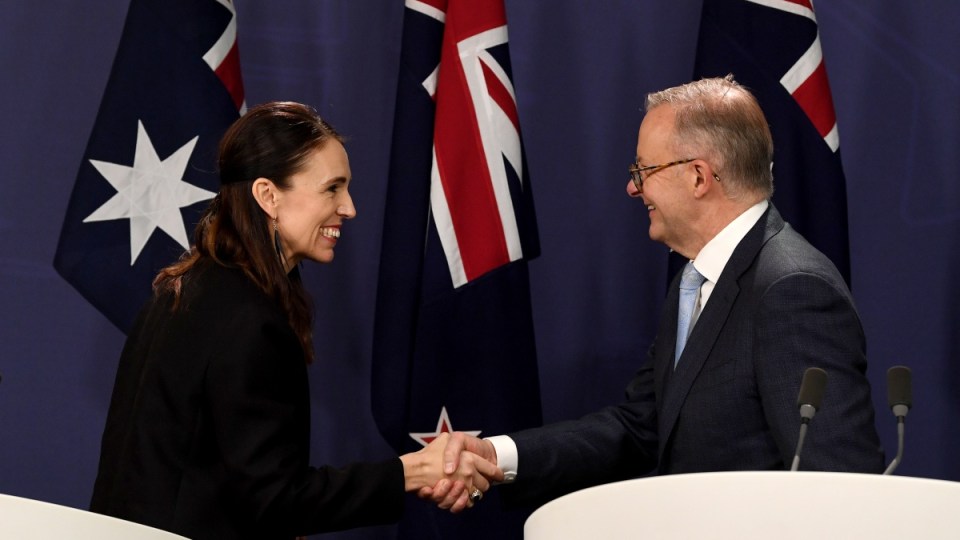 New Zealanders living in Australia for more than a year could soon be eligible to vote and have an easier pathway to citizenship following discussions between the two nations’ leaders.

By Anzac Day next year, the citizenship and voting arrangement is expected to be in place following consideration by an Australian parliamentary electoral matters committee.

Australians living in New Zealand already have voting rights and the change would mean a reciprocal agreement between the two nations.

Prime Minister Anthony Albanese said while he did not want to pre-empt the committee’s decision, a commonsense approach was needed.

“We want to work through these issues with all the implications that are there for full participation in our respective societies,” he told reporters in Sydney on Friday.

“We don’t want people to be temporary residents forever.”

“No New Zealander or Australian should be rendered ‘permanently temporary’, that is a steep change in the way that we’ve previously seen New Zealanders treated here,” she said.

“New Zealanders tend to translate into (Australian) citizenship at a rate of about 30 per cent; for other nationalities in Australia it’s closer to 60 per cent, so that demonstrates some of the barriers that exist.”

The prime ministers committed to freeing up citizenship pathways for migrants from both countries in a joint statement following the meeting.

Ms Ardern said her visit to Australia highlighted the depth of common ground and shared values between both nations.

“We described it as an opportunity for a reset in the relationship and it felt to me that we’ve established a work program now that brings to life that reset,” she said.

Mr Albanese said New Zealand citizens who committed crimes in Australia would continue to be deported but again a commonsense approach would be taken.

“Where you have a circumstance where someone has lived their entire life effectively in Australia with no connection whatsoever to New Zealand, then common sense should apply,” he said.

“We will act as friends and we’ll work through those issues.”

Next year marks the 80th anniversary of trans-Tasman diplomatic representation. In recognition, the two nations will establish annual meetings between their respective foreign affairs, defence and climate change ministers, and treasurers.

Ms Ardern said she did not underestimate the importance of including the climate change portfolios in those meetings.

“There are ways that we can work together not only between New Zealand and Australia, but in the work that we want to do within our own region of the Pacific, to play our part and step up our role,” she said.

In addition, Australia and New Zealand would coordinate to address the issue of skilled labour shortages, Mr Albanese said.

“We have common challenges of skill shortages, that’s part of global challenges as well,” he said.

“We want to work together so that we’re achieving outcomes that benefit both New Zealand and Australia, rather than competing against each other.”

Victoria 2026: What to expect from the next Commonwealth Games
Wong seeks to stabilise China relationship
Today's Stories