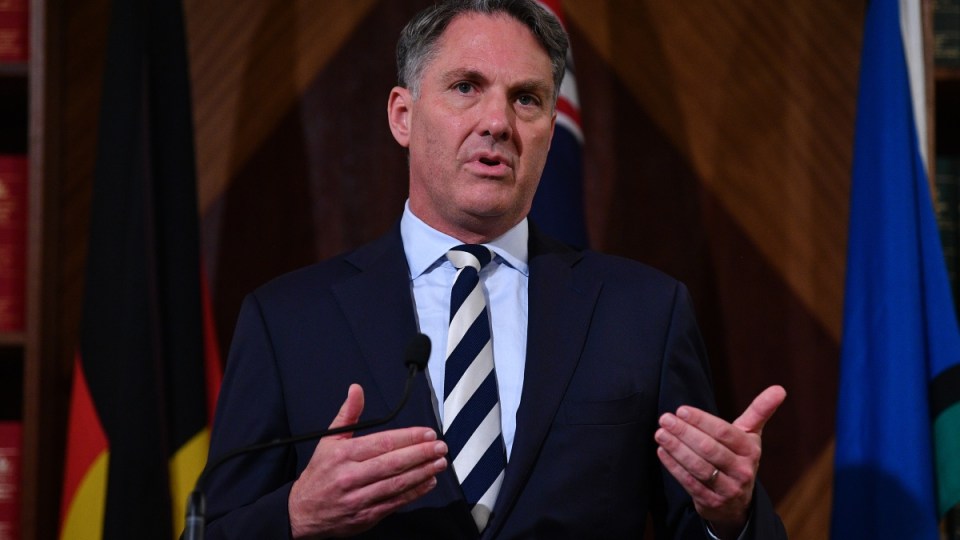 Richard Marles says Beijing's military build up is of enormous concern and is shaping the security of the region. Photo: AAP

The challenges of the Australia-China relationship will not be fixed in one day, but the power of diplomacy will be used in Australia’s interests, the deputy prime minister says.

Foreign Minister Penny Wong will meet with her Chinese counterpart Wang Yi on the sidelines of the G20 in Bali, the first meeting between the two nations since 2019.

Australia’s national interest will be at the forefront of Senator Wong’s approach, but she will have a different tone to the former government, Richard Marles said.

“China is our largest trading partner, we value that relationship (and) we want to approach it from the perspective of being professional and understanding the power of diplomacy,” he told ABC radio on Friday.

“It’s not about Australia changing its position in relation to any of the substantive issues. We will continue to be articulating our national interest very strongly.”

But the deputy prime minister can’t promise the disputes between Australia and China over trade and the response to Russia’s invasion of Ukraine will be fixed in one meeting.

“There are a whole lot of challenges in the relationship which are going to continue and which are not going to be resolved today,” he said.

“The change of tone matters … we’re not going to do the chest-beating that we saw from the former government, which didn’t take us anywhere and didn’t advance our national interest in any way.”

He said it was “deeply disappointing” the Chinese government had sought to level trade sanctions against Australia, having had such a strong business relationship.