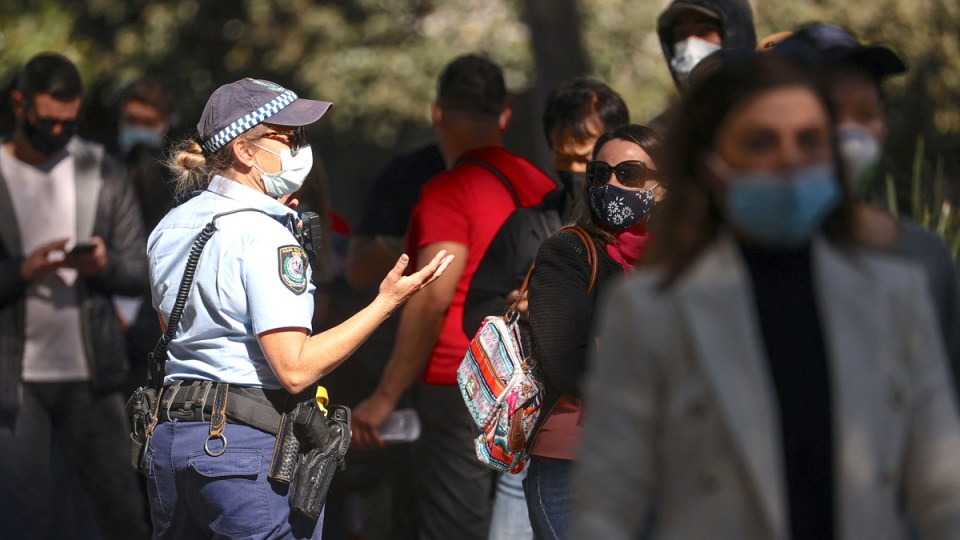 Australians must take responsibility for their own health, the federal Health Minister says, as his state counterparts resist calls to reintroduce mask mandates.

But while a fourth COVID-19 vaccine dose has been expanded to the wider population, some experts want more to be done on the cusp of a fresh Omicron wave.

“The message is ‘take responsibility, make your own choice’,” he told the ABC on Friday.

“We’re deep into the third year of the pandemic and we need to make sure that people feel they’re able to take control of their own circumstances.

“That’s why I encourage people to consider wearing a mask if they’re indoors and they’re not able to socially distance.”

From Monday, Australians aged 30 and over will be able to get a fourth vaccine dose – or second booster – with the country’s leading immunisation group expanding eligibility to an extra 7.4 million people.

The Australian Technical Advisory Group on Immunisation recommended those over 50 receive a second booster, and also expanded access to those aged between 30 and 49, without issuing a formal recommendation.

University of South Australia epidemiologist Adrian Esterman said it was the “right time” to expand the fourth-dose rollout, though he acknowledged the additional shot was not essential for those under 50.

“Just because the evidence isn’t there doesn’t mean it won’t benefit them; it just means we don’t know,” Professor Esterman said.

“We’re getting a third wave of Omicron just starting … we’ve got cases going up, we’ve got hospitalisations going up, and unfortunately we’ve got deaths going up.

“Our hospitals are creaking at the seams and, on top of that, we’ve got a massive flu season. So if it’s not now, then when?”

He said giving the booster to younger people would mean fewer got infected and passed the virus on to older Australians, ostensibly meaning fewer end up in hospital.

Professor Esterman did not believe fourth doses would be offered to Australians under 30 any time soon, particularly with Pfizer, Moderna and Novavax developing new vaccines based on the Omicron strain.

He said other COVID-curbing priorities for state and territory governments should include ramping up messaging to increase third-dose take-up, reintroducing indoor face-mask mandates, and ventilation audits of businesses and offices.

While welcoming the expanded eligibility, infectious diseases physician Paul Griffin said it was not a “complete solution”, and echoed the importance of getting already eligible people up to date with their additional doses.

“We also need to reinforce the basic measures that helped so much early on in the pandemic,” he said.

“Including mask wearing, social distancing and a basic awareness of other risks, including ensuring adequate ventilation.”

Tasmania: 1589 cases, three deaths, 88 in hospital with three in ICU

Northern Territory: 380 cases, no deaths, 17 in hospital with none in ICU