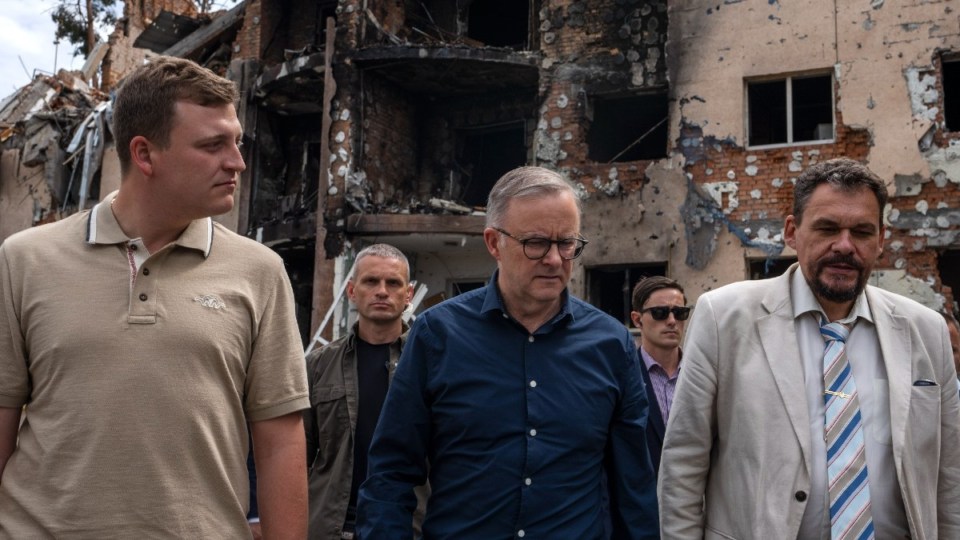 Taxes on Ukrainian goods being imported into Australia have been scrapped following Anthony Albanese’s tour of the war-torn nation.

The prime minister visited the towns of Bucha, Irpin and Hostomel on Sunday, before meeting with Ukrainian President Volodymyr Zelensky in the capital Kyiv.

The federal government pledged an extra $99.5 million in military aid, in addition to the previously announced $285 million package which included 40 Bushmasters and artillery pieces.

Trade Minister Don Farrell announced the measure would come into immediate effect on Sunday, with tariffs removed for 12 months for goods produced or manufactured in Ukraine.

It follows similar measures introduced by the European Union and the UK, which is aimed at helping Ukraine’s recovery, while strengthening investment and trade relationships.

Last year, Ukrainian imports to Australia were worth almost $122 million.

The prime minister, who is expected to arrive in Australia late on Tuesday, will hold a one-on-one with his New Zealand counterpart Jacinda Ardern in Sydney later this week for the annual meeting between the two nations’ leaders.

Regional security, economic ties and climate change action will be on the agenda.

“I am delighted to welcome Prime Minister Ardern back to Australia, along with her delegation of government and business leaders,” Mr Albanese said.

“This will be our second bilateral meeting in the past month, which is a reflection of the closeness of our trans-Tasman relationship. It truly is one of family.”

Leaving the media blackout during his visit to Ukraine on the advice of Defence, Mr Albanese took to Twitter to urge people to stay safe.

“My first actions were briefings … on NSW flooding and ensuring federal government assistance is being provided,” he wrote.