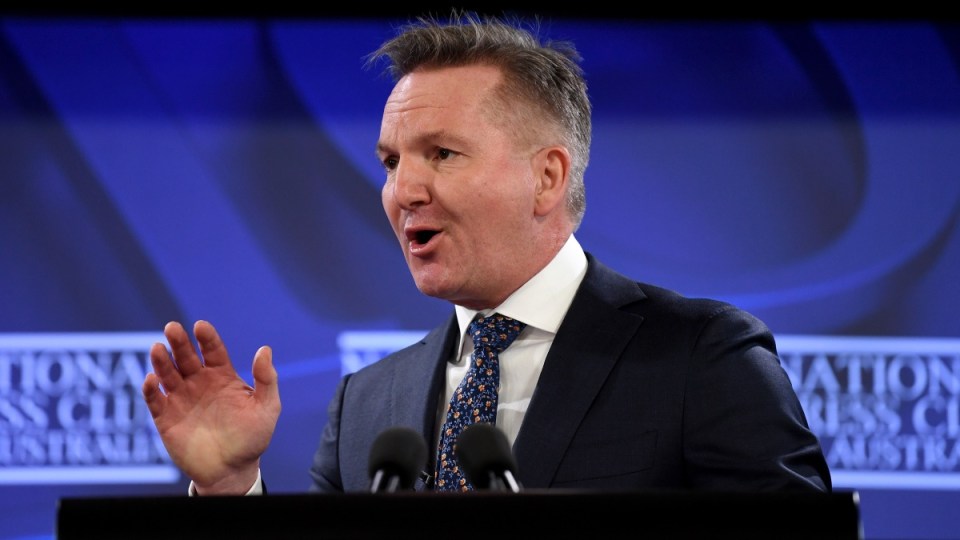 The federal government will tackle climate change head on during the first week of the new parliament.

The proposed bill will be “simple yet powerful”, Climate Change and Energy Minister Chris Bowen told the National Press Club on Wednesday.

It will legislate the government’s 43 per cent emissions reduction target and will also require the climate change minister to report annually to parliament on Australia’s progress.

Upgrades to Australia’s electricity grid and a national electric vehicle policy are also high on the agenda, he said.

Mr Bowen remains open to working with independents who took a bigger emissions reduction target to the election.

“If there is a good idea which improves, not undermines, the bill, I’m happy to hear it and work with it,” he said.

He said the 43 per cent target would be a floor, not a ceiling.

“We’re not going to treat it as a ceiling. It’s the modelled impact of our policies,” he said.

But he also ruled out a ban on future gas and coal projects.

Within weeks of being sworn in as minister, Mr Bowen faced a perfect storm of coal-fired power station shutdowns, a cold snap and spiking gas prices.

The federal energy regulator suspended the energy market for a week, amid complaints the market-based system was broken.

International pressures such as the war in Ukraine sent shockwaves through global energy markets, but Labor pointed the finger at the former Coalition government for Australia’s energy shortfall.

The new government said a decade of underinvestment in renewables led to the recent failures in the grid. Mr Bowen described the energy crisis as “Taylor-made”, a reference to his predecessor, Angus Taylor.

“They also knew electricity prices were skyrocketing on their watch, but they decided to leave it to the new government to announce the increase in the default market offer,” he said.

But while the short-term crisis has eased, Mr Bowen faces a challenge to sell the Labor government’s long-term energy plan while keeping electricity on and prices down.

The contentious capacity mechanism proposal, spruiked as a safety net during Australia’s transition to renewables, would not impact the emissions reduction target, Mr Bowen said.

Under the mechanism, to be introduced from 2025, the government would pay electricity providers to have standby power available to meet demand.

The body set up to design the mechanism says all current power generators, including coal and gas, should be included.