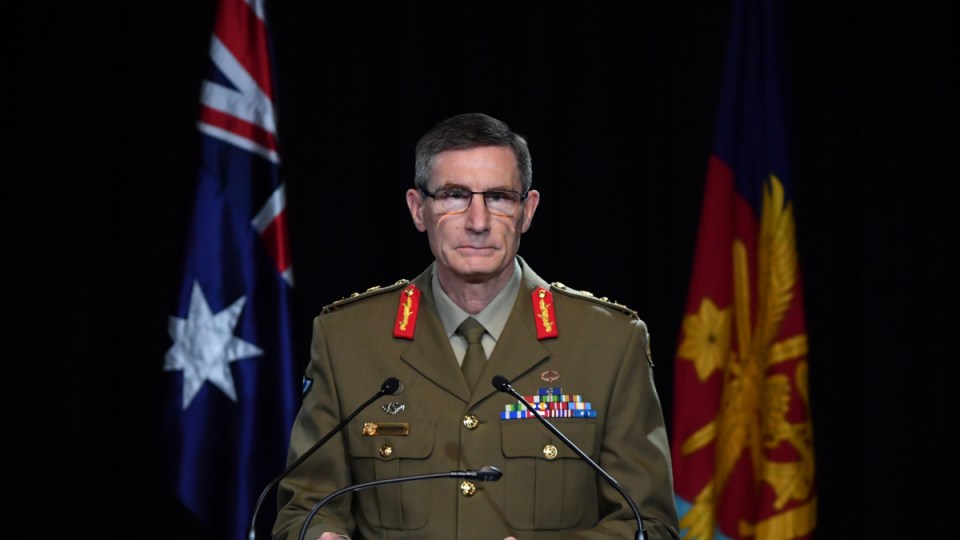 General Angus Campbell will stay on as Chief of the Australian Defence Force until 2024. Photo: AAP

The chief and vice chief of Australia’s defence force will have their terms extended by two years.

General Angus Campbell and Vice Admiral David Johnston will stay in their roles until at least 2024.

Additionally, the government has requested the term of the chief of joint operations Lieutenant General Greg Bilton also be extended for two years.

Acting Prime Minister Richard Marles made the announcement on Tuesday and said the government recognised the burden placed on those in the roles.

“We are mindful of the size of the ask that we are making on these three individuals, these are really big jobs,” Mr Marles told reporters in Canberra.

“Continuity will serve us well … we cannot afford any more delay in terms of delivering Australia’s new submarine capability.”

A former army chief, General Campbell was first appointed head of defence in 2018.

Mr Marles said while not unprecedented, it was unusual for an Australian chief of defence force to serve what will be a six-year term.

“We will work together to do our very best to see the defence of this nation and the development of the force and its people,” General Campbell said on Tuesday.

A new team of navy, army and air force heads was also announced.

Vice Admiral Mark Hammond has been selected as navy chief, Lieutenant General Simon Stuart will be head of the army and Air Marshal Robert Chipman will lead the air force.