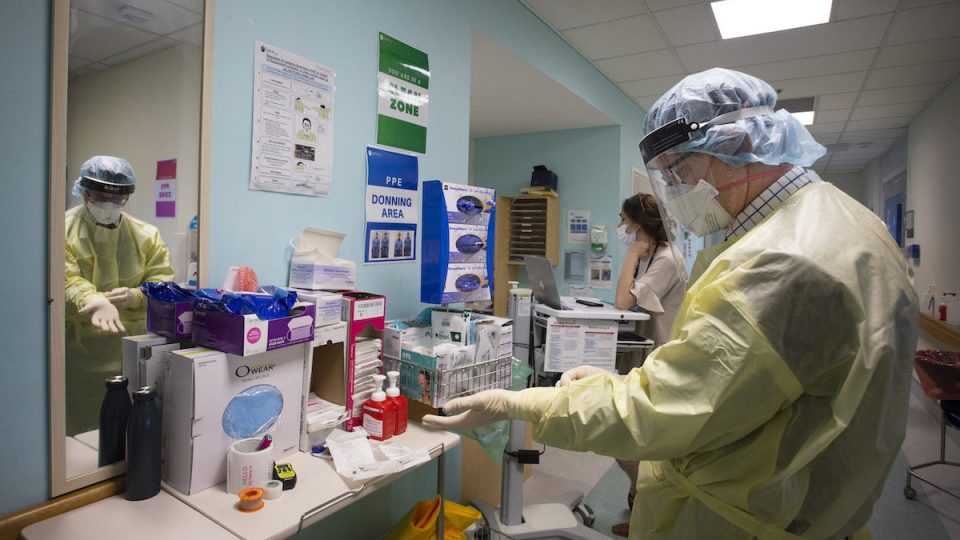 The findings reinforce the need for adequate resources for ICUs, especially in times of high demand. Photo: Getty

Four times as many COVID-19 patients were admitted to intensive care during Australia’s third wave of the virus than in the first two combined, research suggests.

A higher proportion of those taken ill between late June and the beginning of November last year required ventilation and, ultimately, a higher percentage of them died.

The in-hospital mortality study was undertaken by Monash University in conjunction with the Australian and New Zealand Intensive Care Society.

Demographic and clinical features were compared along with management of and outcomes for ICU virus patients during all three pandemic waves.

Data was collected from 78 hospitals and 2493 patients admitted to 59 intensive care units in total.

Similarly, more than 19 per cent of total ICU beds were taken up by COVID patients during the third wave, while less than 3 per cent were during the first and just under 5 per cent during the second.

Ventilation was also most used during the final wave.

“After adjusting for age, illness severity, and other co-variates, the risk of in-hospital mortality was similar for the first and second waves but 9.60 percentage points higher during the third than the first wave,” the researchers concluded.

As the Delta variant was more virulent than earlier strains and therefore more likely to require intensive care, they suggested this was one explanation for their findings.

“It was also more transmissible and more likely to cause serious disease in younger people than previous strains that had been greater threats for people over 60 years of age,” study leader Dr Husna Begum said.

“We found the median age of patients declined across the three waves, as did the proportion with multiple other medical conditions.

“The findings reinforce the need to provide adequate resources and support for ICUs, particularly during times of unusually high demand,” Dr Begum said.

There were almost 50,000 COVID-19 cases and 82 deaths across Australia over the weekend.

There are about 227,000 active cases nationwide, the highest mark since June 7. There are also over 3100 patients in hospital care, the most in five weeks.

Northern Territory: 209 cases, no deaths, 17 in hospital with one in ICU