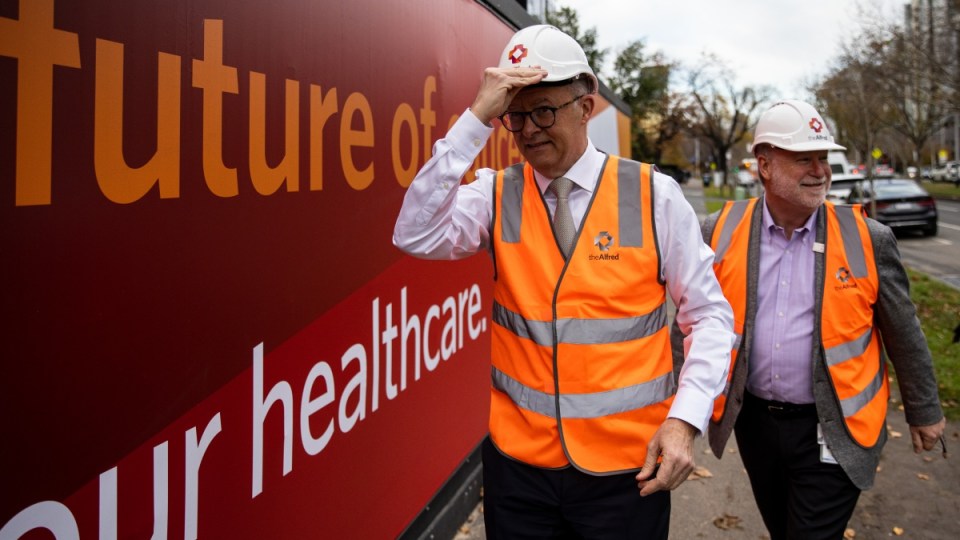 Australia’s healthcare system will put patients back at its centre as part of the prime minister’s promise to fix ongoing issues.

Overwhelmed emergency departments with blown out wait times are a result of problems within the wider health system, Anthony Albanese says.

But working with each state and territory to determine and address the individual challenges will be his government’s main priority.

“We need to deal with federal-state (health) relations, not in a way that seeks to pass the buck from one section to the other,” Mr Albanese told reporters in Melbourne on Monday.

“How can (health care) work more efficiently with patients at the centre? How can we achieve better outcomes? … For many of these issues the solutions are obvious.”

At last week’s national cabinet meeting, leaders agreed to work together on short and long-term fixes.

State and territory leaders want widespread problems in aged care, emergency departments and the regional GP shortage to be addressed.

While all the issues can’t be solved overnight, Mr Albanese is committed to working constructively with every premier and chief minister.

“It’s too important to ignore and my government won’t ignore it,” he said.

The prime minister also criticised the withdrawal of funding from telehealth and mental health services, particularly in regional Australia, by the former government.

He was joined by Victorian Premier Daniel Andrews to announce a $152 million melanoma centre, jointly funded by the state and federal government.

Labor’s first federal budget in October will provide a plan for the health system, but the prime minister is tempering expectations.

“There will always be more demands for infrastructure than can be met in one budget but we … are looking at the comprehensive way in which we can deal with these things cooperatively,” he said.