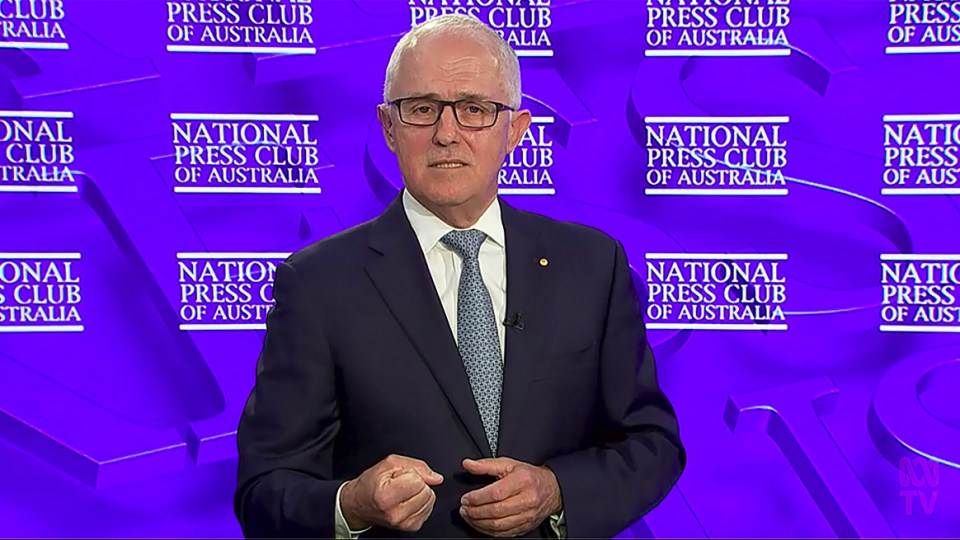 Malcolm Turnbull has defended his gas trigger mechanism saying it was designed for a different time. Photo: AAP

Malcolm Turnbull says the Albanese government should consider bringing in gas price and volume controls for 90 days to deal with the short-term energy crisis.

The former prime minister said he expected the gas export industry would push back.

But he said the controls – put in place with the backing of the states – were necessary to deal with pressure on supply and prices created by the “perfect storm” of an explosion in the international gas price, outages at coal-fired power stations and a very cold winter.

“We have a crisis at the moment … they should be decisive today as I was,” Mr Turnbull told the ABC on Monday.

“The minute they say they’re going to do it, the gas companies will find the gas and agree to offer it at lower prices.

“Unless you’re prepared to stare them down … we’ll have wholesale prices at $400 a megawatt and higher.”

The mechanism is being reviewed by the Labor government, following an energy ministers’ meeting last week.

“It was designed to deal with a different problem at a different time and it worked, so it wasn’t useless, it was very useful,” Mr Turnbull said.

“We were being asked to pay more for our own gas than was being sold to people in Japan, so I intervened. It was very controversial at the time.”

The gas trigger mechanism forces gas companies to limit exports if there are severe shortages in the domestic supply.

Resources Minister Madeleine King said nothing was off the table under the review to find ways to solve the shortage, which is pushing up power costs.

With the mechanism set to expire in January, Ms King said the government had agreed to renew it so it could be used at a later point if needed.

“There are things that people have agreed with Chris Bowen on, allowing the market operator to buy and store gas,” she told the Seven Network.

“I’m not sure why in almost a decade in power the previous government didn’t do that. The big problem that we have now is caused by almost a decade of denial and delay.”

“Here is the price, and with the Labor Party going to a 2030 target, the price will get much worse.”

The government is also seeking to renegotiate a “heads of agreement” signed by Scott Morrison with east coast liquefied natural gas exporters in January 2021.

The then prime minister said the deal would ensure more gas was offered to the domestic market more often, and on more competitive terms, at least until 2023.