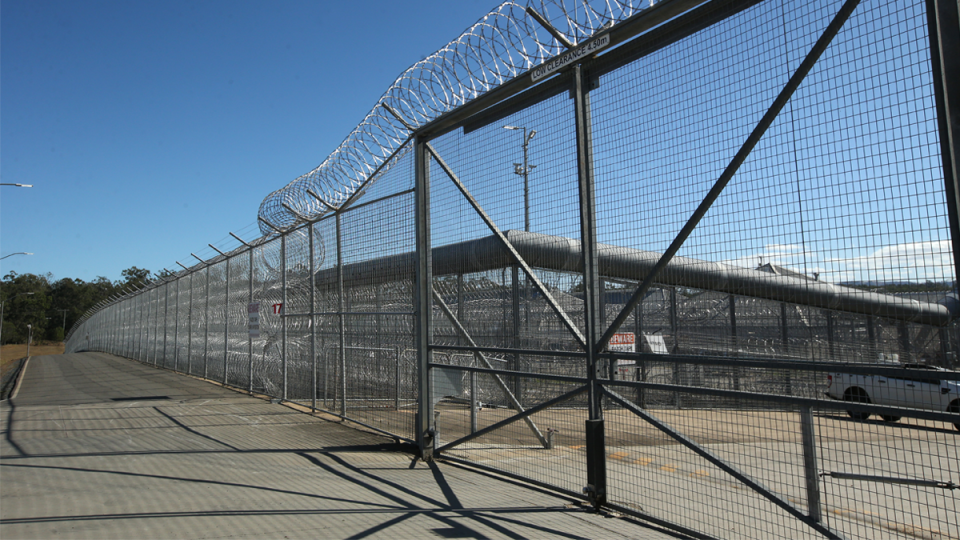 The Borallon Training and Correctional Centre near Ipswich, Queensland, has been described as "a world leader in prison industries". Photo: AAP

Major companies including Qantas and Bunnings are relying on prison labour in a secretive production process slammed as “completely unethical” by a Victorian state MP.

Inmates are being paid less than $1 an hour to do menial tasks which provide no useful training for life after prison and which undercut the wages of ordinary workers.

Advocates liken the practice to slave labour and say the extent to which it is being used across the economy is unclear, as state governments are keeping secret the full list of companies engaged in it.

Brett Collins, who was imprisoned for 10 years and now heads prisoner advocacy group Justice Action, said it’s “effectively a slave labour force” where inmates are compelled to work or else they’ll have a worse time on the inside.

He said inmates typically earn no more than $30 a week and in some cases are paid less than $1 an hour.

“Making profit out of prisoners as being an alternative to third-world labour is totally antagonistic to the system,” Mr Collins told The New Daily.

“It’s taking advantage of prisoners, making a profit, and it should not be a public function.”

Mr Collins said there was a difference between employing inmates to help with day-to-day tasks like cooking and cleaning, which he supports, versus helping major companies profit from their skilled labour.

He said the low wages paid to inmates are being used to undercut ordinary Australian workers and unions should be demanding equal pay.

“They’re not training people to do jobs which are useful – they’re making sure that the maximum benefit is extracted from people’s time,” Mr Collins added.

Advocates say Fantastic Furniture, Oroton and Flower Power also use prison labour, but none of these companies would confirm this to The New Daily.

One boutique tea-towel company, Mount Vic and Me, advertised its products as handmade by inmates, but claims to have ended this practice following outrage on social media.

Elsewhere, prisoners have been contracted to make everything from bed linen to number plates.

But nobody knows exactly how many companies use prison labour around Australia, as authorities are refusing to provide further details to journalists.

Out of sight, out of mind

In Victoria, authorities have repeatedly rejected Freedom of Information requests from journalists regarding prison labour.

The leader of the Reason Party, state MP Fiona Patten, has tried to ask Victoria’s corrections minister which companies were profiting from cheap prison labour.

She found the process to be “incredibly difficult”.

“The [Victorian] government constantly tells us that any agreements that they’ve made with various companies are commercial-in-confidence,” Ms Patten told TND.

In New South Wales, prison labour falls under government enterprise Corrective Services Industries, which works at more than 20 prisons across the state.

TND filed a request under the state’s Government Information Public Access Act. After six months, the request for information was denied.

This was because some businesses did not consent to the disclosure of their use of prison labour.

The state government argued that it could therefore not share a list of which companies use prison labour, because such information “could reasonably be expected to prejudice the business, commercial or professional interests of some of the businesses who engage with CSI”.

“People are seriously working for less than $5 a day.”

A ‘problematic relationship of dependency’

As a former prisoner, Mr Collins said teaching inmates skills and preparing them for life after jail is a good thing.

“If they trained people for jobs that are actually out there, in areas where they actually need workers, then that would be sensible,” he said.

“They’re not doing that at all.”

He added: “It has the opposite effect. It makes them think, ‘Well, I’m not going to be getting a job if that’s what a job means’.”

In many cases, the stigma surrounding jail time can prevent many former prisoners from finding meaningful work.

Professor Anthony, who has personally interviewed prisoners as part of her academic research, says many inmates develop a “problematic relationship of dependency” on the working arrangements.

“They regarded the nature of the worker as menial,” she told TND.

“To some extent, it was a way to survive in prisons, to be stimulated, to think of all the losses in your life that’s occurring because you’re in prison.

“I don’t think that is to say the jobs are stimulating. I think it’s more a matter of the fact that their situation is so desperate, which makes them work and makes them willing to work for such small amounts.”

Meanwhile, in addition to paying higher wages, Ms Patten wants to see companies that use prison labour commit to providing ongoing employment on the outside.

As with all carceral issues in Australia, the issues surrounding prison labour disproportionately affect Aboriginal and Torres Strait Islander people.

First Nations prisoners account for roughly a third of the prison population, despite making up about 2 per cent of the general population. Experts consider them to be the most incarcerated group in the whole world.

Professor Anthony said many First Nations inmates are likely to have a disproportionately negative experience from prison labour due to systemic racism.

For context, she also noted: “Angela Davis wrote about how the abolition of slavery led to the imprisonment of Black people, and in turn the use of their slave labour in prisons.”

When she spoke to TND, Ms Patten was on a research trip in New Zealand to learn about how the incarceration of parents can affect children.

Not only do most prisoners have limited freedom in how they spend their money, but the things they can pay for in prison are prohibitively expensive compared to their meagre earnings.

“If they want to ring their son or daughter for 10 minutes, that’s two days’ pay,” Ms Patten said.

“And if they have three children, forget it. Pick a favourite.”

Within the current prison framework, advocates believe inmates should be given the opportunity to do meaningful work for a fair wage.

“The people who really are totally vulnerable and who also feel badly about themselves – all you’re doing is grinding them down into a greater level of submission and degrading them by giving them jobs that there’s no way in the world they’d be doing on the outside,” Mr Collins said.

“As opposed to learning something that they can actually use.”