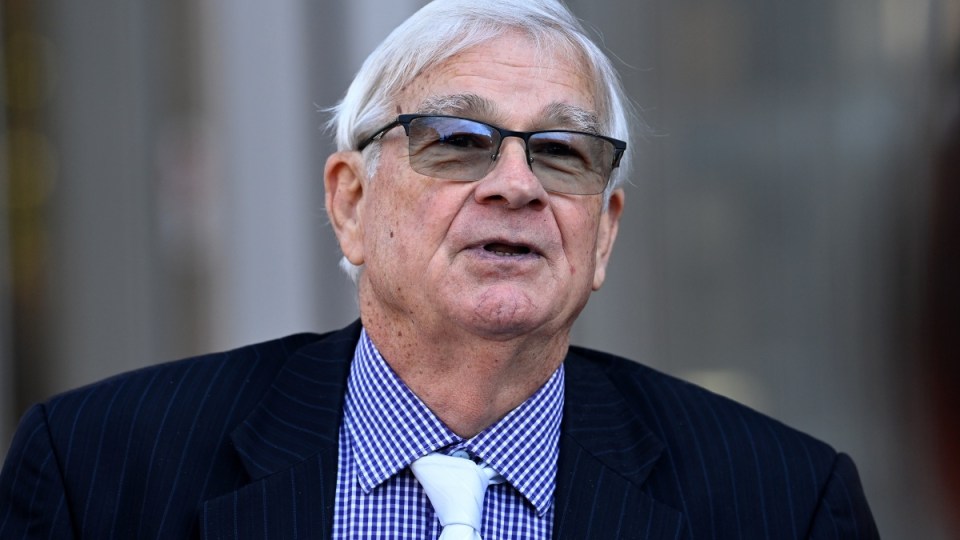 One Nation senator Brian Burston offered to console a distraught staffer with the best sex of her life, his defamation trial has been told.

Wendy Leach described his offer as “just filthy”, saying she had previously regarded him as “an old dude from the country, like an uncle”.

She also testified to being sacked after she told him he had to stop his “f—— infatuation” with her colleague Terri-lea Vairy when he asked for photos of her from a concert the women attended.

Ms Leach was giving evidence in the Federal Court on Friday on behalf of Pauline Hanson, who is being sued for defamation by Mr Burston.

He says the One Nation leader accused him of sexual harassment on social media, via a text message to his wife, Rosalyn Burston, and during a television interview.

Ms Leach, now 55, said she was Mr Burston’s office manager from September 2016 until he sacked her in October 2018.

In April 2017, he told her he was going to employ in the office his cleaner, Ms Vairy, who he said was “hot”.

“She is good looking but she is as dumb as a s— carter’s horse,” she said the senator told her.

Ms Leach testified about an office meeting related to another worker who she said was doing crazy things and harassing her.

But the senator responded by saying: “if you girls can’t get on, you will have to look for another job”, which Ms Leach thought was unfair as she was doing her job very well.

When she started crying, Mr Burston told her: “I am a softie for a woman in distress” and she followed his instructions to go into the ensuite and tidy herself up.

She said he then told her “you probably just need a good f—” to which she replied: “Thanks for making me laugh.”

But he grabbed her by the face, said he was not joking and could come around to her place.

“No one need know, it will be the best f— you have ever had.”

Ms Leach said despite the comment being very unwelcome, she took no action as she had just bought a house and needed her salary for the mortgage.

“I was very aware if you get on the wrong side, you are out.”

She said Ms Vairy told her she was “creeped” out by their boss and felt he was grooming her.

Ms Leach said she saw Mr Burston regularly staring and gawking at Ms Vairy, kissing her, and heard him say to her: “Are they real boobs, they are the perfect size.”

In October 2018, Ms Leach, her boyfriend and Ms Vairy went to a Saturday night Tamworth concert and Mr Burston texted asking for photos.

When she sent some which did not include Ms Vairy, he asked if she was there and when Ms Leach did not reply, he texted: “Please respond or you might both be looking for jobs on Monday”.

Ms Leach said she had been drinking and “lost it”, ringing her boss telling him: “I am f—— sick of this, this f—— infatuation, you have got to stop it now.”

He told her she was disrespecting a federal senator and on Monday there was a termination letter on her desk.