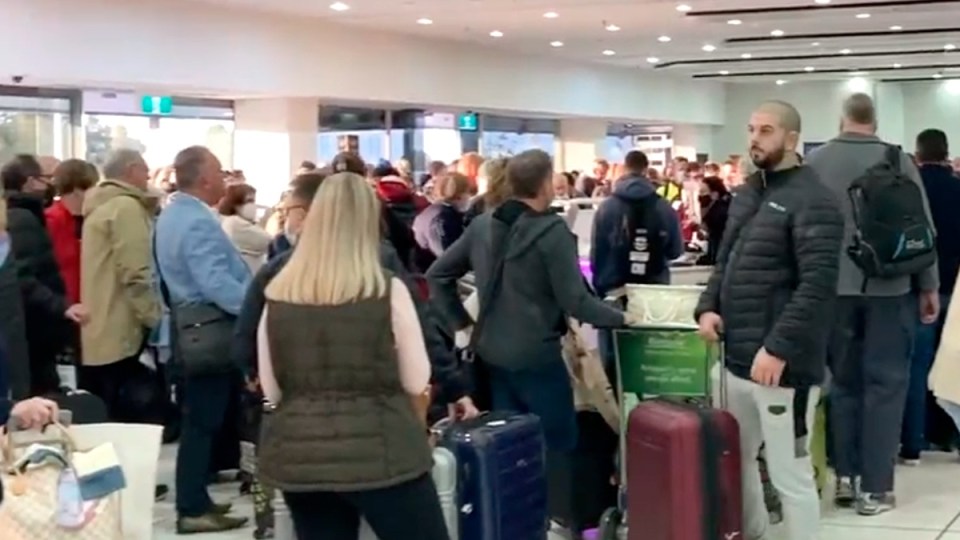 The crowd inside the Virgin Australia terminal in Melbourne on Friday. Photo: Twitter

Tens of thousands of Australians are flocking to airports across the nation for a getaway over the Queen’s Birthday long weekend, sparking long queues and flight delays.

Melbourne Airport is bracing for its busiest commuter day since the COVID pandemic hit, with more than 95,000 passengers expected to travel through on Friday.

There were long lines to check in for Virgin flights early on Friday morning, with several routes cancelled or delayed.

Congestion at the airport eased by mid-morning but passengers were urged to plan ahead and arrive early as terminals were likely to be busy across the day – especially later on Friday and on Saturday morning.

“We’re advising passengers to arrive between one and two hours before a domestic flight and two to three hours before international flights to allow plenty of time for check-in and to clear security,” a Melbourne Airport spokesman said.

There were also long queues at Sydney Airport by 5am, with 80,000 passengers expected to travel on more than 700 flights scheduled to arrive and depart on Friday.

This weekend is a three-day break in NSW, Victoria, South Australia, Northern Territory, the ACT and Tasmania – with many people in the southern states particularly keen to escape the recent icy weather.

Staff shortages exacerbated by COVID-19 isolation rules led to chaos at airports including Sydney in the lead-up to Easter in April.

In Sydney, where more than 80,000 passengers are expected to pass through the airport on Friday, queues began to build about 5am.

Travellers are being urged to arrive two hours before their domestic flights.

Some people missed flights on Friday morning, with one woman saying she hadn’t left enough time to check in and get through security.

“It’s the first time getting away for the long weekend … but so many people, it’s a bit crazy, hectic, hopefully I’ll make it, not too sure,” she told Sky News.

A Sydney Airport spokesperson said all security lanes at the airport were open and operating well and that crowds reflected “a typical busy day pre-COVID”.

NSW Premier Dominic Perrottet attributed the airport queues to labour shortages he said were being experienced “right across the country”.

Mr Perrottet said he would raise the issue with Prime Minister Anthony Albanese when the pair met in Canberra next week.

“I’ll be certainly raising the the labour shortages in this country because they need to be addressed,” he said in Sydney.

“They can’t be addressed necessarily at a state level, it needs to be nationally led, and that’s what we’ll be raising next week.”