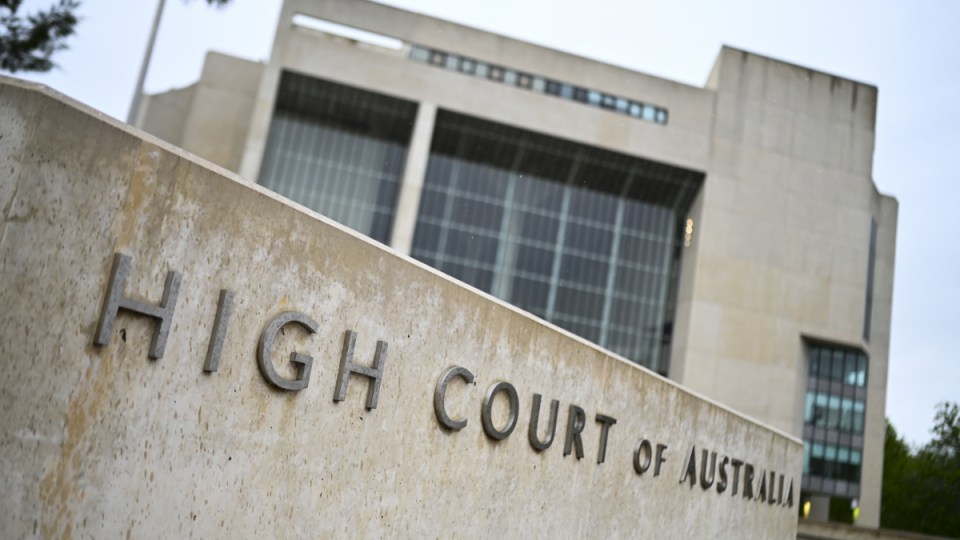 A majority of the High Court has found the government's power to strip citizenship is invalid. Photo: AAP

The High Court has ruled powers used by the former home affairs minister to cancel the Australian citizenship of a dual national suspected of terrorist activities are unconstitutional.

Turkish-Australian Delil Alexander, 35, is in jail in Syria after his Australian citizenship was removed on July 2 last year.

His lawyers argue the Sydney-born man is in danger of “serious human rights violations” including torture.

A majority of the High Court found on Wednesday the citizenship stripping powers were invalid on the basis that it gave the minister “the exclusively judicial function of adjudging and punishing criminal guilt”.

Two judges found the laws had a “punitive character”, conferring power on the minister “to cease citizenship as a sanction for past conduct, akin to historical forms of punishment, with significant consequences for the individual”, a summary of the judgment said.

However, it was found the section of the Citizenship Act giving the minister the power was supported by the constitution’s “aliens power”.

Alexander left Australia for Turkey on April 16, 2013, but just over two weeks later he was married in Syria.

ASIO assessed he joined terrorist group Islamic State by August 2013 – a qualified security assessment over which he has sought judicial review.

In November 2017, he was arrested by Kurdish militia in a place in Syria which was not a declared area under Australian terrorist laws.

Alexander was transferred to Syrian custody and given five years in jail for “unspecified offences under the Syrian Penal Code”.

He was pardoned in June last year, having served 18 months of his term.

Shortly after he was pardoned, the ASIO director-general provided classified advice to the then home affairs minister which did not recommend citizenship cancellation, the court heard.

However, the minister stripped Alexander’s citizenship in July 2021.

Since then, he has been in Syrian intelligence custody and his family and lawyers have been unable to contact him, leading to his sister Berivan having to launch the legal action as a “litigation guardian”.

His lawyers argued the constitution does not allow the government to declare “a natural-born Australian citizen who has not renounced citizenship” an “alien”.

As well, banishment of citizens went well beyond the defence power in the constitution.

“Australian citizens are critical elements of that which is to be defended,” they argued.

The constitution’s “external affairs” power also did not represent a basis for the minister’s powers, as the status of an Australian citizen under Australian law is “inherently a domestic matter”.

Government lawyers argued the ASIO submission was not required to make any recommendation to the minister on possible action against Alexander.

“The minister’s decision … turns upon both security issues and other issues (such as an assessment of repudiation of allegiance to Australia and the public interest).”

They argued the minister was required to meet three conditions in her decision: a person has engaged in the requisite conduct; the conduct demonstrates the person has repudiated their allegiance to Australia; and it would be contrary to the public interest for them to remain an Australian citizen.