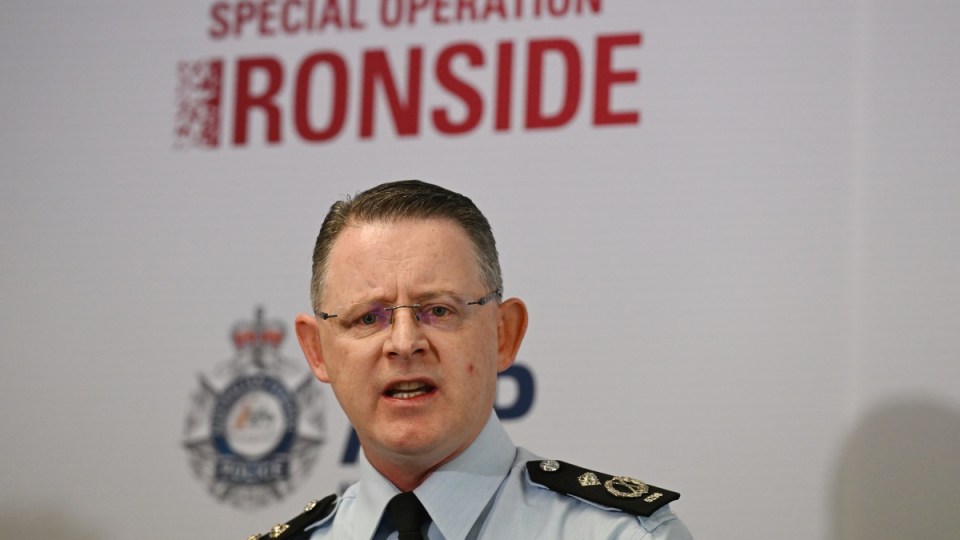 Thousands of Italian mafia members are operating in Australia and until recently had gone largely undetected, while “pulling the strings” of other criminal gangs, Australian Federal Police say.

Members of the notorious Calabrian mafia concealed themselves within the community for decades while conducting money laundering in secrecy.

People could be living next door to members and have no idea, AFP Assistant Commissioner Nigel Ryan said on Tuesday.

It is believed up to 5000 mafia members are operating in Australia, in league with their colleagues in Italy.

The Calabrian mafia work with other organised crime groups including bikie gangs and Asian or Middle Eastern crime groups to co-operate on drug importation, money laundering and violence.

They are headed by senior figures with authority over their clans, keep a low profile and run businesses to present a legitimate front.

Over many decades the illegitimate wealth gained from organised crime has been slowly legitimised through those businesses.

“It’s entirely possible that people will be living next door to members of the ‘Ndrangheta without knowing,” Mr Ryan said.

“They’ve been able to stay under the radar while living modest lives in modest homes. They funnelled the illegitimate wealth into their legitimate construction, agricultural and catering businesses.

“In many ways, I would say that the ‘Ndrangheta are actually the ones pulling the strings of other organised crime groups, particularly the more violent groups, such as outlaw motorcycle gangs.”

For years ago, an AFP-led covert investigation into organised crime syndicates trafficking illicit drugs and weapons called Operation Ironside was set up.

At the heart of the operation was a dedicated encrypted communications device called ANoM.

Officers gathered intelligence from the ANoM app to understand how transnational serious organised crime syndicates — including the ‘Ndrangheta — operate and communicate.

Laws have since been passed providing the AFP with additional powers to identify and disrupt criminal syndicates.

“The (Surveillance Legislation Amendment Identify and Disrupt Act) warrants, coupled with intelligence collected from ANoM, have given us the best opportunity today to identify and pursue our next targets,” Mr Ryan said.

“These targets now include Italian organised crime, namely the ‘Ndrangheta.”

Federal police will also look for individuals who facilitate money laundering, which is billions of dollars annually.

“The ‘Ndrangheta are not just an Australian problem, they are a global problem,” Mr Ryan said.

“They are responsible for 70 to 80 per cent of the world’s cocaine and they are flooding Australia with illicit drugs.

“They are pulling the strings of Australian outlaw motorcycle gangs who are behind some of the most significant violence in our communities.”

There are some 51 Italian organised crime clans in Australia, and the AFP has confirmed that 14 of those are ‘Ndrangheta.

The Calabrian mafia is responsible for serious crimes committed across the world and the AFP is working with Italian, US, Spanish and Brazilian authorities to dismantle their finances, communications and operations.