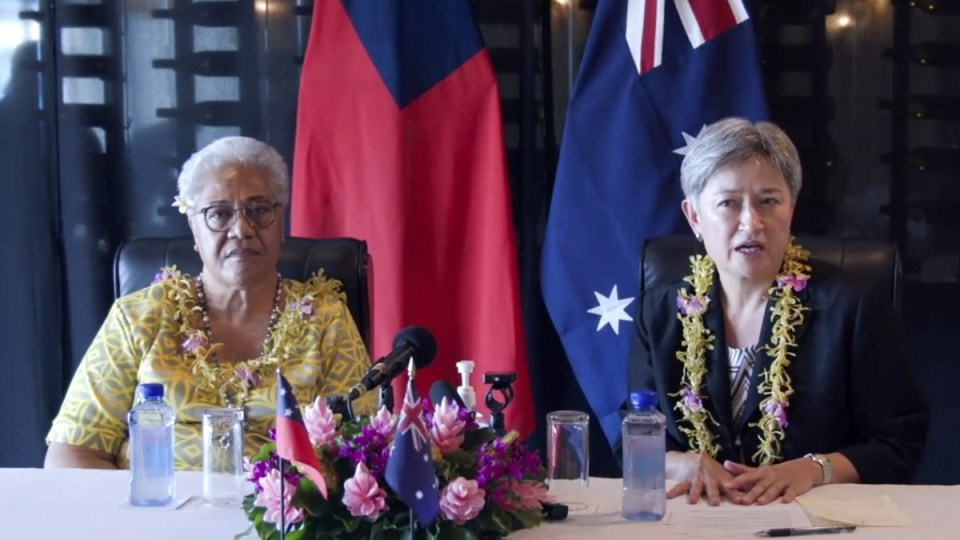 Foreign Minister Penny Wong continues to meet with Pacific island leaders amid concerns that China is attempting to push through a regional security deal.

The security aspects of the proposed Chinese partnership with the region has been shelved but Foreign Minister Wang Yi continues to tour Pacific island nations to sign a number of bilateral agreements and sell Beijing’s regional development plan.

“The Chinese spokespeople have made clear this will be a continued aspect of Chinese policy towards the region,” Senator Wong told the ABC on Friday.

“What we’re seeing is China being much more active in the region.

“What we have to do is to lift our engagement in the region. We will engage with the Pacific bearing in mind we are part of the Pacific family, we’re not an external partner.”

The foreign minister says she has received correspondence from her Chinese counterpart following her election and would respond in due course as appropriate.

The Chinese premier has also reached out to Prime Minister Anthony Albanese, who also said he would respond in due course.

It follows a meeting with Samoan Prime Minister Fiame Naomi Mata’afa on Thursday, where she pledged a replacement Guardian class patrol boat to assist with maritime surveillance in the region.

Mr Wang is in Papua New Guinea just days after China put the regional security proposition on ice and watered down its proposal for the region in a release of its new position paper.

PNG Prime Minister James Marape has criticised the timing of Mr Wang’s trip ahead of the country’s election, saying no agreement should be signed before polling day and that it would be “improper” for China to offer security support in the run up to the election.

PNG has indicated it is unlikely to sign a new security deal, as the resource-rich nation maintains close defence ties with Australia.

Despite visiting Fiji after her Chinese counterpart, Senator Wong will not visit PNG as the country prepares for its election.

“This is not an appropriate time for us to visit during the election campaign. As soon as the election is resolved, obviously, the prime minister and myself and other senior ministers will be very keen to engage with PNG again,” she said.

“(Pacific) leaders understand the circumstances in which we live. We need to focus on how we work with regional regional partners for their development, for climate and for the border security issues.”

Mr Albanese and Senator Wong are due to travel to Indonesia on Sunday for a three-day trip to strengthen ties.

Senator Wong says she won’t telegraph what she and her counterpart are due to discuss but “all the nations of the region understand that we are in a time of great change and that our region is being reshaped”.