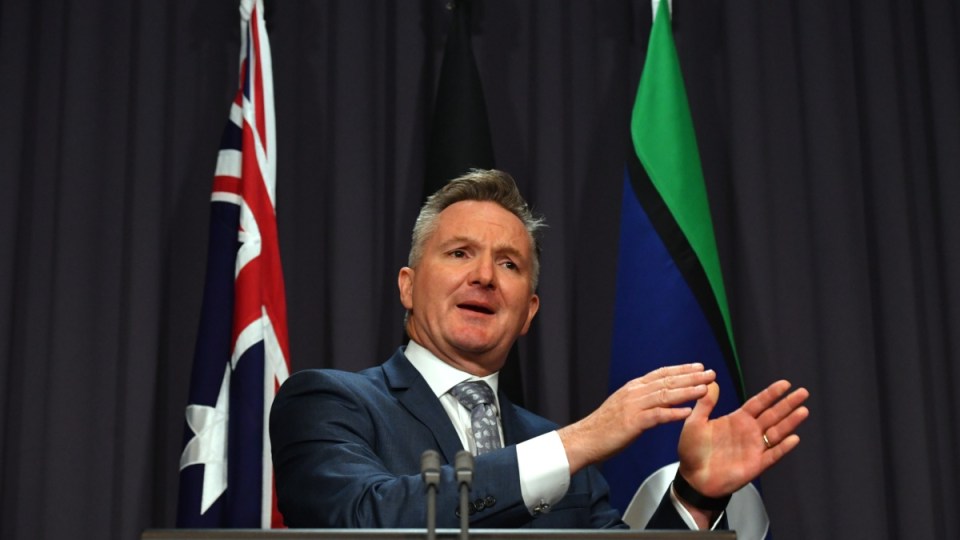 The federal government says there is no quick fix for Australia’s spiralling gas prices – and warns it will get worse as winter goes on.

Energy Minister Chris Bowen said he would take whatever action was necessary to help ease gas prices as supply tightened across the east coast.

But he remained non-committal about pulling the gas trigger – known as the Australian Domestic Gas Reservation Mechanism – to divert exports and shore up domestic supply, saying such a move had not been ruled in or out.

However, Mr Bowen said even if the legislated trigger was pulled, it would have no impact on the short-term energy crisis.

“That’s a misunderstanding of how the mechanism works or will work – it cannot come into force until January 1 next year,” he said in Canberra on Thursday.

“Even if it’s pulled today, it’s not a short-term answer.”

The Australian Energy Market Operator has enacted the gas supply guarantee mechanism, which should improve gas supply in Australia’s south-eastern states in the coming days.

It follows a cap of $40 a gigajoule being imposed in some states, following soaring wholesale prices. It also follows warnings of potential gas shortages in Victoria, South Australia and Tasmania for Thursday.

“AEMO has identified a gas supply shortfall trigger event at the Victoria, South Australia and Tasmania regions for gas day 2 June 2022,” it said.

The warning – which came as the three states shivered through an early winter cold snap – was triggered by either “low reserve conditions, prevailing NEM (National Electricity Market) supply, gas supply, pipeline capacity or market conditions and generators running on liquid fuel due to lack of gas supply”, AEMO said.

He said the Albanese government would “take whatever action is necessary to ensure ongoing reliability and affordability for the energy markets … based on expert advice”.

He has also spoken to energy ministers in all states and territories, as well as suppliers, but maintained the best long-term solution to energy prices would be the increased use of renewable energy and further work on the transmission system.

“If we had more storage, more renewables and better transmission we would be much better placed to deal with current challenges,” he said.

“That’s exactly what our Powering Australia plan seeks to implement, but it’ll take some time.”

Mr Bowen said the previous Morrison government was not responsible for unseen factors. But he said it was the Coalition’s fault the system was not robust enough.

“There are a number of factors at play in relation to the very serious and challenging situation with electricity supply, and gas supply in particular.

“The former government promised a gas-fired recovery and left us a gas binfire.”

The Energy Users Association of Australia said gas and electricity prices were at “stratospheric levels”.

“For the first time ever, Sydney and Melbourne gas markets have entered a period of administered prices of $40/GJ (gigajoule), sparing domestic consumers from the impact of unconstrained gas prices soaring to upwards of $800/GJ,” it said.

“At $40/GJ, this still represents a 400 per cent increase in the price of gas from earlier in the year and is having a significant impact on prices being offered in the contract market, if offers are made at all.”

“If we’re going to run out of gas then yes he should, otherwise you start paying global parity prices for gas and by reason of the war in Ukraine, they’re going to be astronomical,” Mr Joyce told radio station 2GB.

He said affordable power was essential to look after people who were doing it tough.

“People who want to go to 100 per cent renewables, well that’s fine but if we get to a couple of weeks of weather, and the battery doesn’t last any more than a couple of hours, you’re out of electricity,” he told 2GB.

“The fact is the technology doesn’t exist. We’ve got to have a bit of a frank jolt into reality in Australia about where we’re headed.”

Reductions to the fuel excise, tax cuts and welfare support unveiled in the last Coalition budget in March are all due to end in coming months.

Dr Chalmers said the new government was being upfront with people about the cost of living crisis and that it would be hard to find the billions of dollars to continue cuts to the fuel excise or implement other rebates.

“Our job as the new government, and my job in the October budget, will be to bring down a cost of living package that encompasses areas like child care, like cheaper medicines, like our efforts to get power bills down,” he told the Nine Network.