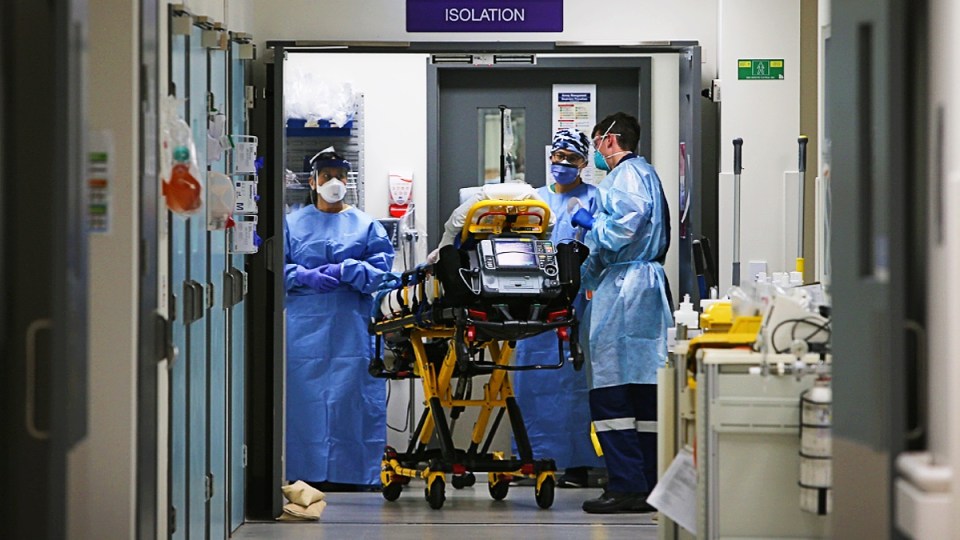 COVID-19 deaths are again on the rise in Australia, with 88 fatalities confirmed at the weekend – and 363 in the past seven days.

By contrast, daily toll reports during April exceeded 50 only once, and were often fewer than 25.

Australia’s active virus caseload remains above 300,000 and there are more than 2700 patients recovering in hospitals around the country.

Authorities have again extended emergency powers in Tasmania, where almost one-third of the state has been diagnosed with COVID-19 and there have been almost 60 deaths this year.

Director of public health Mark Veitch expected it would be for the last time but said vigilance was vital.

“Although we expect to transition out of the state of public health emergency by 30 June, this does not mean that COVID-19 will be over,” he said on Sunday.

“For the time being, existing emergency directions remain in place.”

Meanwhile, one of Australia’s leading charities said the effect of the pandemic on children’s education was not over.

A Smith Family survey found one in two parents and carers felt the pandemic was still making learning difficult for their children, while three-quarters worried about their future schoolwork and had struggled to help them during the pandemic.

Two-thirds said the virus had made it hard to start school this year.

In Victoria, almost 600,000 residents have lodged pandemic rebate claims for pottery classes, museum exhibitions, winery lunches and other events in the month since they were offered.

More than a quarter of the applications were for the theatre and performing arts, with Hamilton and Harry Potter and the Cursed Child most popular, Tourism Minister Martin Pakula said.

Cinema purchases accounted for 26 per cent of claims, while live music also featured prominently with 13 per cent of customers claiming for gigs.

The Victorian government launched the scheme on March 29.

Northern Territory: 201 cases, no deaths, 11 in hospital with none in ICU

Reset upset? Albanese’s speech puts paid to post-election hopes
Labor on the brink of learning if it can govern without independents
Today's Stories