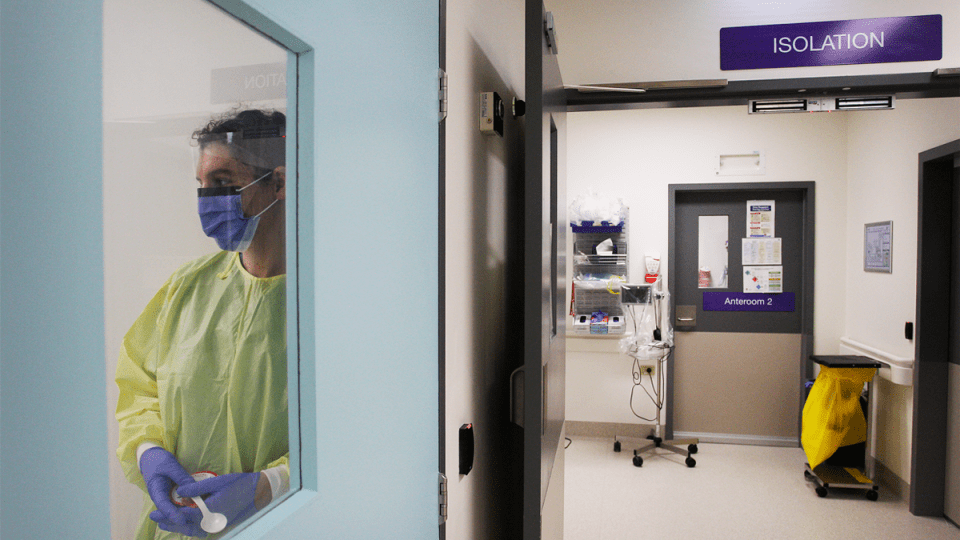 Australia is in the midst of a nurse shortage, and not even healthcare professionals are able to gauge the full extent of the crisis.

Nurses are leaving in droves from a profession that is fragmented across federal, state and private institutions.

Burnout is a key factor in this, but there are other logistical factors at play.

“It’s devastating for us in the nursing profession to think there are people who need care who could die or who could have diseases or illnesses not treated because there’s not enough support for the system to care for people,” said Adjunct Professor Kylie Ward, CEO of Australian College of Nursing and a nurse of 30 years.

The ACN is the national voice for nurses in Australia and has warned about an impending crisis since the first year of the pandemic.

“It’s just getting to the point where the elastic’s stretched, but now it’s about to break,” Ms Ward told The New Daily.

“The system was already under pressure before COVID,” Ms Ward said.

But she added that impacts of COVID have “exacerbated” the situation close to the point of breaking.

Hospitals have an unprecedented number of vacancies, and existing staff are being asked to work overtime, as nurses leave the profession in droves due to burnout.

Because there is no single body tracking nurse recruitment and resignations, nobody knows exactly how many nurses have quit in recent months.

Ms Ward said a rise in job vacancies, repeat requests for overtime, and a spike in nurses reaching out for help are all telling indicators.

Many nurses have also received abuse from patients and the general public, increasing the amount of stress over two-and-a-half hectic years.

“If we don’t start to do something, then my worry is that nurses and other health professionals will end up being consumers of the system,” Ms Ward added.

“Whether it’s mental health or physical health – who is going to care for the carers?”

Because nursing is a female-dominated profession, many nurses also took on other responsibilities during the pandemic such as homeschooling.

On the policy front, travel restrictions have prevented the usual numbers of overseas nurses coming to and working in Australia.

Australian nurses have meanwhile been allocated to COVID test clinics and vaccination centres, drawing staff away from places hospitals and aged care facilities.

“Some new grads have even informed us that they’ve already been told they won’t get any leave in the next year,” Ms Ward said.

A system in crisis

The nurse staffing shortage is indicative of the wider healthcare field.

However, since nurses are one of the few roles that are decently staffed around the clock, people who can’t get treatment from primary carers such as at clinics or aged care facilities will end up in hospital, further burdening the system.

It also means paramedics are overstretched having to transport people to hospital for non-urgent reasons.

Hospital ramping – when paramedics are tied up with a backlog of tasks and ambulance queues form – has occurred around the country and was even a key issue during the recent South Australian state election.

“As the Health Minister [Brad Hazzard] quite clearly made the point yesterday – if it’s not an emergency, please don’t call triple-zero,” NSW Premier Dominic Perrottet told reporters on Friday.

It all stems back to funding. Organisations including the ACN and several key unions want governments to increase spending on healthcare to support nurses, patients and hospitals.

As a more immediate fix, the ACN wants the federal government to streamline the process for overseas nurses to come and work in Australia once again.

Some former nurses have also expressed interest in returning to the field, but were put off by the $15,000 bridging course.

If the government were to subsidise this vital training, Ms Ward said, it would immediately boost the available workforce with willing and experienced carers.

Without them, rural clinic nurses are dependent on fly-in GPs to get paid, who are also in short supply.

“What we’ve got is nurses have been working in disaster-like conditions now for several years,” Ms Ward said.