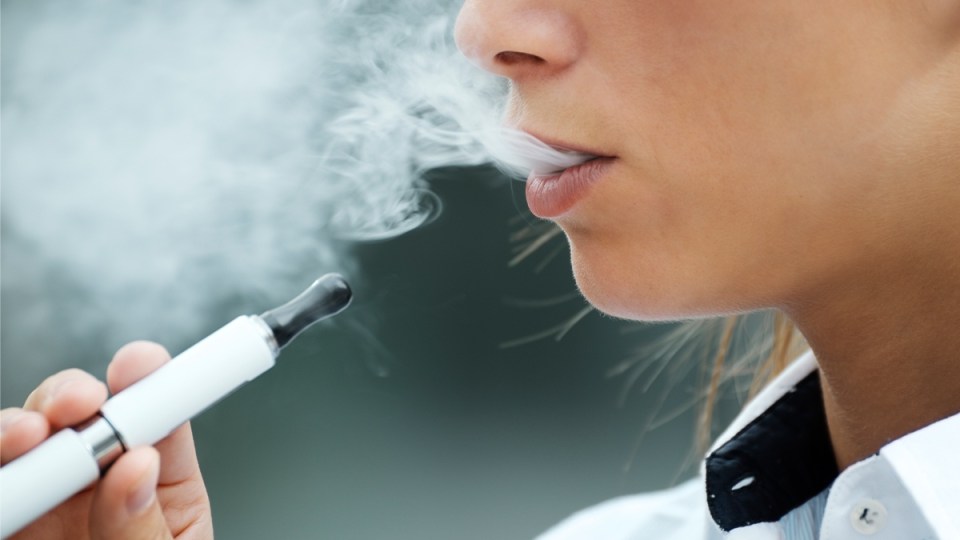 Most Australian experts argue that vaping is a gateway to smoking tobacco. Photo: Getty

Authorities are ramping up their campaigns against nicotine vapes – despite the fact regular cigarettes are available over the counter.

On Monday, NSW Police announced that it had worked with NSW Health to seize $1 million worth of e-cigarettes and liquids this year.

“We are cracking down on the illegal sale of nicotine e-cigarettes and liquids and taking a zero-tolerance approach to those who sell them,” the state’s chief health officer Dr Kerry Chant told reporters.

The law surrounding e-cigarettes in Australia is complex.

It’s illegal to sell these products over the counter. However, in most states, they can be acquired via a prescription despite not actually being approved by the TGA.

“The problem is, who in their right mind wants to buy an e-cigarette that doesn’t have nicotine?” Associate Professor Becky Freeman, a public health and tobacco control expert at the University of Sydney, told The New Daily.

“And so, you have these products available for sale at retail outlets all over the place that are just blatantly violating the law, either pretending to be nicotine-free, or they’re mislabelled, or they’re people blatantly selling these products in violation of the law.”

“We have a chance not to make the same mistakes as we did with tobacco,” she said.

Although Australia is a world leader when it comes to restricting the sale of tobacco products, regular cigarettes are much easier to buy than nicotine vapes.

One of Australia’s few prominent advocates for vaping as a way to wean smokers off cigarettes is Sydney tobacco addiction specialist Dr Colin Mendelsohn.

Until last year, Dr Mendelsohn was the founding chairman of the Australian Tobacco Harm Reduction Association, an organisation that took tens of thousands of dollars from the vaping industry in its first few years of existence and was more recently linked to a PR company that works with the vaping and tobacco industries.

He told TND that Australia’s anti-vape stance is “very misguided” compared to the policy for regular cigarettes.

“Naturally, the black market has sprung up and, of course, black markets are not regulated in any way. They sell illegal and unregulated products of poor quality,” he said.

“And in particular, this black market sells to kids – that’s not something anyone wants.

“The only way to control the black market is to turn it into a legal market.”

In Australia, a study by the Centre for Behavioural Research in Cancer found that 12 per cent of youth aged 12 to 17 who use e-cigarettes were able to buy the products themselves.

Dr Mendelsohn prescribes e-cigarettes to his patients as a way to kick their smoking habit.

He said that while they’re not particularly healthy and shouldn’t be recommended to non-smokers, they’re a lesser evil because “the vast majority of chemicals in smoke are absent from vapour and those that exist are less than 1 per cent of the concentration”.

This argument is largely rejected by Australian health authorities and organisations that help people quit smoking.

Associate Professor Freeman said the number of smokers in Australia who quit thanks to vaping was “pretty pathetic”, even if some patients are able to improve their health by making the switch.

The exact statistics are debated by both sides of the argument around the world.

“That doesn’t mean that we should blanket the market with these products and make them available to absolutely everybody,” she added.

The case for tougher enforcement

Associate Professor Freeman, who wants to see vaping banned altogether, said the current model of legal prescriptions supplemented by a burgeoning black market is “a way of satisfying nobody”.

She added that the legal sale of non-nicotine vapes undermines the whole point of the prescription model for e-cigarettes.

The latest Australian analysis from ANU found that non-smokers who start vaping are three times more likely to smoke tobacco than people who don’t vape.

Most experts therefore consider it to be a dangerous gateway to smoking for teenagers.

However, Dr Mendelsohn said those same teenagers who vape are already predisposed to risky behaviours such as smoking cigarettes or taking illicit drugs.

“So yes, there’s an association, but vaping doesn’t cause smoking,” he said.

Associate Professor Freeman argued that vaping is “skyrocketing” among high schoolers and believes increased action by police and health authorities would be welcomed by parents and principals alike.