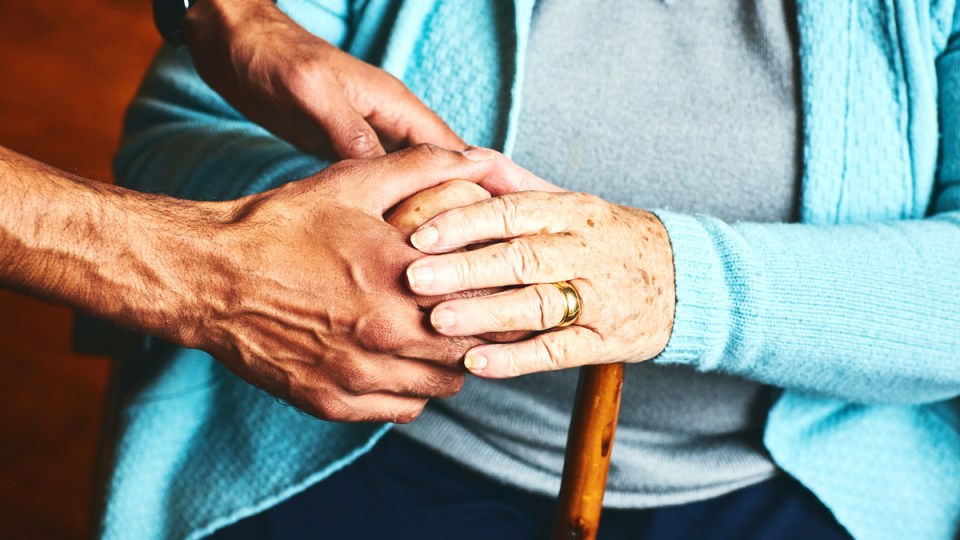 Aged care workers at several homes in Queensland and Western Australia will walk off the job today. Photo: Getty

Thousands of aged care workers in Queensland and Western Australia will walk off the job, striking for better pay and staffing in aged care facilities.

The United Workers Union says the strike from 11.30am to 4.30pm on Tuesday will affect more than 120 facilities caring for almost 10,000 aged care residents in the two states.

A planned strike in South Australia has been delayed after two SA providers – Anglicare and Southern Cross Care – made applications to the Fair Work Commission.

Carers are limiting strike action to five hours, so lunches and dinners can be prepared in aged care facilities.

UWU Aged Care Director Carolyn Smith says aged care workers have been pushed to do double and triple shifts, “facing dire conditions in PPE (personal protective equipment) and no let-up in sight in many facilities”.

“But COVID was just the latest burden in an aged care system already in crisis,” she said in a statement.

“Aged care workers report aged care residents are frustrated, upset and humiliated as they wait too long to be showered, too long for soiled pads to be changed and too long, sometimes, even to be fed.

“All this, while aged care workers earn some of the lowest wages in Australia.”

Striking workers will rally in Brisbane and Perth.

“The double shifts, the back-to-back, the extra cleaning, the paperwork and everything. It’s been horrific,” she told ABC TV.

” Working in full PPE for eight, nine hours, with no break. You can’t take a break. It’s just out of the question. You can’t do it,” she said..

She had received the first of two $400 bonuses from the federal government but said half of it had been lost in tax, while the other half had gone to her car insurance, which had increased by $200.

Labor’s Jason Clare says aged care workers need to be paid more otherwise they would continue to leave the industry.

“If … you have mum and dad on the verge of going to aged care, you’d be terrified at the moment with all the stories about maggots in wounds or people being left in soiled clothes. Being starved to death,” he told the Seven Network.

NSA advocate Ian Henschke said he hoped the case was concluded quickly so the industry could attract and retain the needed workers.

“I understand why aged care workers are walking out. The royal commission highlighted how challenging their work is and recommended more workers, better trained workers and better paid workers,” he said.

The Committee for Economic Development of Australia said in a recent report Australia needed an extra 17,000 aged care workers every year.