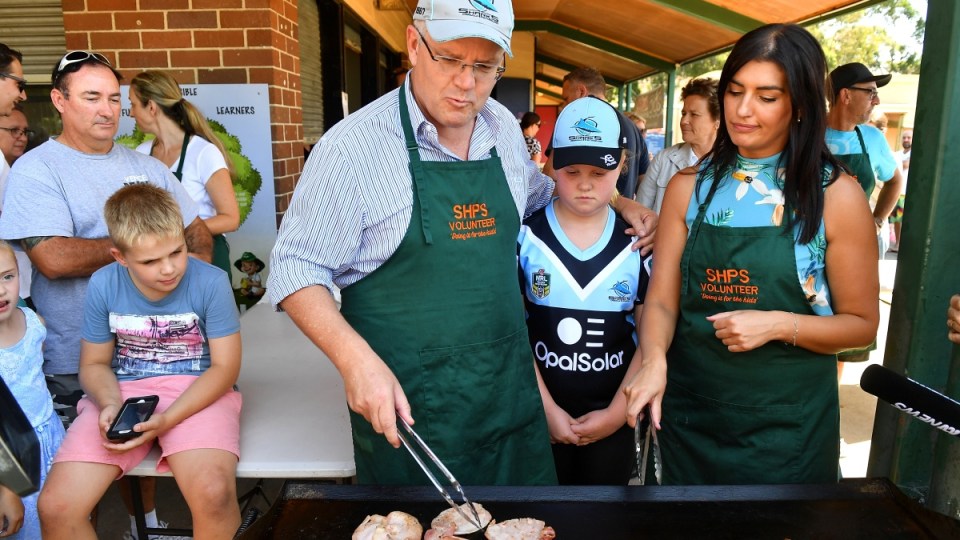 Scott Morrison has made multiple attempts to defend his cooking skills after Australians noticed he appeared to serve raw chicken for dinner. Photo: AAP

Prime Minister Scott Morrison has responded to a storm of criticism after posting a social media picture of his family curry night where the chicken appeared to be raw.

On Sunday night, the PM took a break from the election campaign trail to cook dinner for his wife, Jenny, and daughters, Abbey and Lily, posting photos of the meals on Facebook.

But the images sparked horror from concerned citizens as the PM served up a purplish chicken korma, with the caption “Strong Curry. Strong Economy. Stronger Future.”

“Nice to have a night at home. So curry it is. Sri Lankan tamarind eggplant and okra curry and a classic chicken korma,” he wrote.

The images have attracted thousands of comments across the PM’s social media channels, with many pointing out that his chicken looks worryingly uncooked.

“Has he even seen korma curry? Why is his white in colour?” they wrote.

“People went back for seconds. It was in the pan for a good 45 minutes I can tell you, because I had it there myself,” he told Fox FM.

Mr Morrison insisted that “the most talked about curry in the country” was properly cooked, and that its purple appearance was “just the way the light bounced off the skin of the chicken”.

On Monday, he apparently also replied personally to multiple comments on Facebook, from people worried about the apparent health risks of his chicken korma.

“I can assure you, the chicken was cooked,” Mr Morrison said in response to a comment saying, “the raw chicken is a nice touch”.

“Pray to god you do not get salmonella eating the pink raw chicken. Eat chicken responsibly,” one Australian said.

Mr Morrison “reassured” another commenter that noted a “lovely piece of raw chicken” front and centre of the PM’s social media post.