Two voter polls released on Monday show the Labor party holding on to a winning position at the halfway point of the Federal Election.

In Newspoll, conducted for The Australian newspaper, primary support for Labor rose one point to 38 per cent after stabilising from a downward trend before the election.

The Coalition’s popular support remained steady at 36 per cent, continuing a trend from late last year.

Labor maintained its two-party-preferred vote lead of 53-47 which would equate to the loss of 10 seats for the Coalition.

When asked who would make the better prime minister, Scott Morrison lost one point but still leads by six points on 45 per cent while Anthony Albanese gained two points to 39 per cent.

The Australian reports its Newspoll revealed a large number of voters still leaning towards minor parties and independents, which command a combined 26 per cent of the vote. 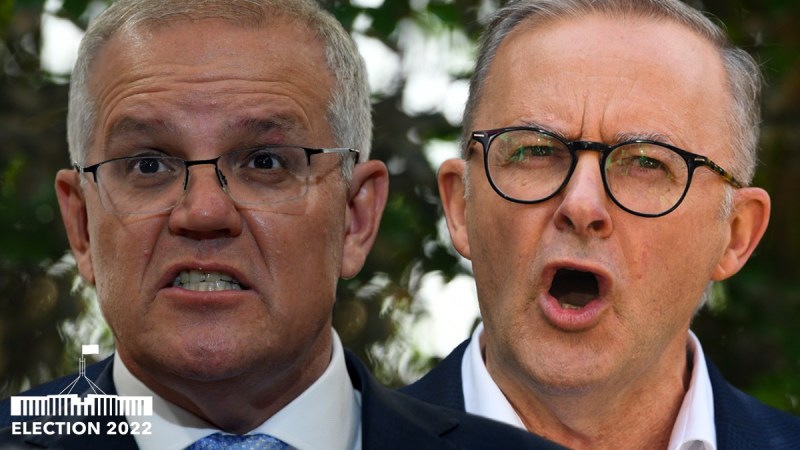 In a separate survey conducted by Resolve Strategic for the The Sydney Morning Herald and The Age, support for the Coalition fell from 35 to 33 per cent and support for Mr Morrison’s personal performance was also down.

Labor’s primary vote held steady at 34 per cent over the past two weeks while Mr Albanese has narrowed the gap as preferred prime minister.

Minor parties again were looking strong with the Greens increasing its primary vote from 11 to 15 per cent while Pauline Hanson’s One Nation and Clive Palmer’s United Australia Party rose from 4 to 5 per cent each.

Labor held a clear lead of 54 to 46 per cent over the Coalition after preferences.

“Over three-quarters of the electorate are now absolutely committed to their vote, and we’re increasingly seeing people locking in as early voting nears,” Resolve director Jim Reed told the newspapers.

“When you’re a hundred metres ahead of your opponent halfway through a marathon there’s no guarantee of victory, but when you’re nearing the finishing line that gap becomes a lot more difficult to close in time.”

Meanwhile cost of living is expected to continue to be a key issue in the election campaign and Mr Morrison will attempt to woo older voters with greater access to the seniors card.

An extra 50,000 older Australians would get access to the Commonwealth Seniors Health Card if the Morrison government is re-elected.

A day after Mr Albanese accused him of neglecting older Australians, Mr Morrison is set to announce an increase in the singles income test threshold from $57,761 to around $90,000 from July 1 this year to broaden access to the concession card.

At the commonwealth level, all card holders are eligible for cheaper medications and health care, and may also be entitled to state, territory and local government savings like discounted rates, electricity and gas bills, ambulance, dental, eye care, recreation and public transport.

At the Labor launch in Perth on Sunday, Mr Albanese revealed his medicines price cut would be $12.50.

He said the PBS was “another of the great Australian institutions established by Labor” and proof of his party’s commitment to universal health care.