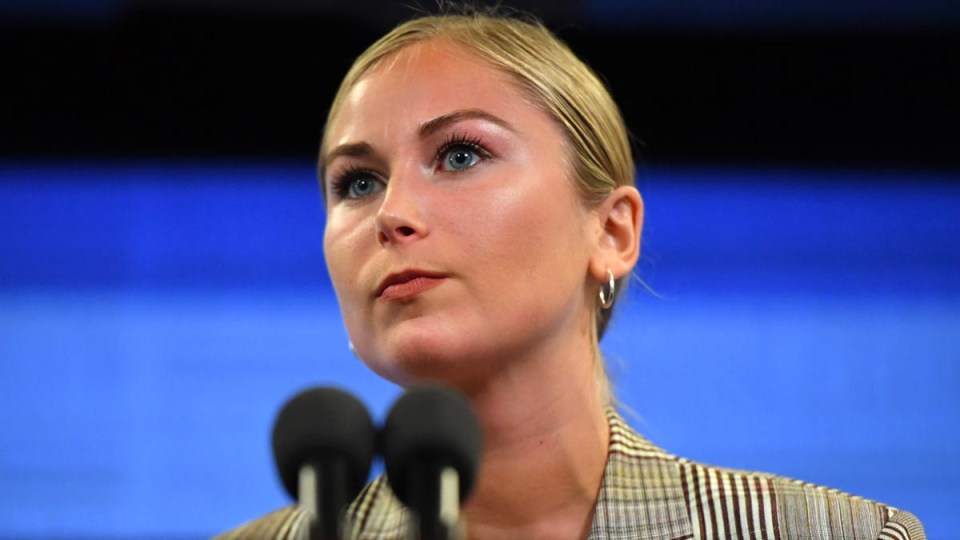 Anthony Albanese's tribute to his mother, who raised him on her own, left Grace Tame in tears. Photo: AAP

Former Australian of the Year Grace Tame has broken down in tears during an emotional interview with Opposition Leader Anthony Albanese where he opened up about his relationship with his mum.

The child safety advocate put on a journalist’s hat to interview Mr Albanese for InStyle Australia.

Tame, 27, was moved by his explanation of who shaped the Labor leader’s views on gender issues and policy.

Mr Albanese candidly shared the tough decision his mother had to make when she fell pregnant while unmarried in the 1960s, as it was “the fashion of the day” that babies would not be kept by either parent.

“The most important role model that I had was my mum,” he said.

Mr Albanese said despite the challenges that lay ahead, his mother decided to raise him on her own and give him his father’s surname.

His father had told his mother that he planned to marry a woman from his Italian home town.

“She was a strong woman who made the decision to have me, and to raise me by herself,” Mr Albanese said.

“She worked originally when I was a bub, cleaning office buildings at night, looking after me during the day. She then had rheumatoid arthritis and was really crippled up.”

He said their two person family – “just me and her” – was “particularly close”.

“It’s one of the things that has focused me and [is] a part of who I am,” Mr Albanese said.

“She always respected everyone and I grew up with the confidence of having a mum who lived a lot of her aspirations through me. She couldn’t work. And so she’s the most important role model in my life and she’s very much still part of who I am today.”

“Sorry, I didn’t mean to upset you there,” he said.

Ms Tame said she started crying because she respected his answer “so much”.

“When the marriage equality debate was on, for example, and one of the things that some of the opponents said was, you know, you need a mum, a dad and two kids – that’s a family,” he said.

“I hear that message and go, well, hang on, you know, families are diverse and made up of all sorts of different groups. The one thing that really, really matters – the essential ingredient – is love.”

He said he had love growing up “in abundance”.

“We struggled a fair bit, to say the least. We lived in a council house on an invalid pension but, you know, we had love in the family,” Mr Albanese said.

The Labor leader said out of respect for his mum he didn’t begin searching for his father until after her death in 2002.

“I didn’t want her to think that she wasn’t enough. Because she was enough for me,” Mr Albanese said.

Tame breaks down in Albanese interview