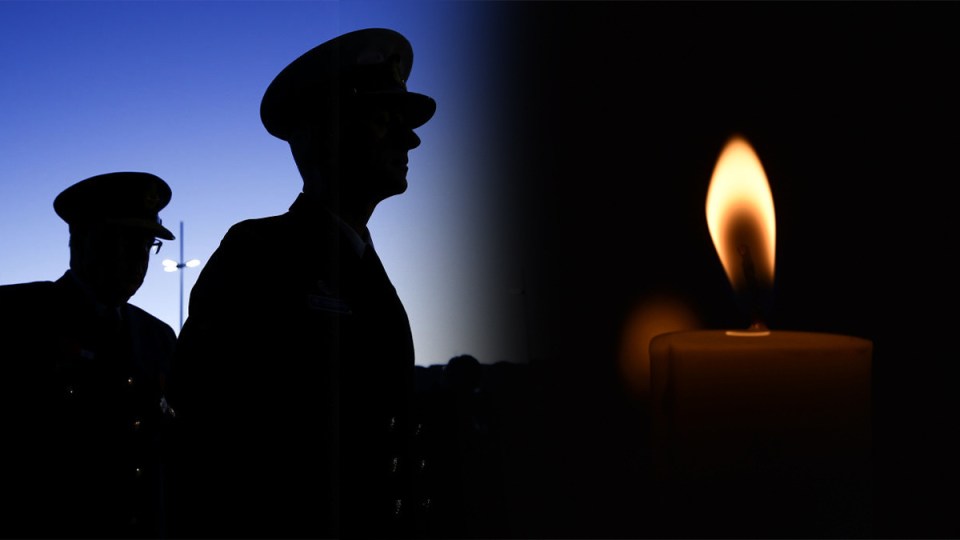 The stripped-down Anzac Day services in 2020 shone a light on what is most important to us, writes Madonna King.
opinion

The power that COVID-19 has had in our lives, over the past two years, is almost incalculable.

It has stolen lives too early. It has meant children haven’t been bedside to say goodbye to their parents, and some parents have missed the funeral of their children.

It’s separated families, at mapped borders, cancelled weddings and employment, and narrated a new and tricky future for our children.

But the past two years that will stand out in the history books forever also shone a light on what was important to us – and the stripped-down Anzac Day services, played out in our driveways, stands tall among them.

Children lit up the dawn in 2020, playing trombones and trumpets, saxophones and flutes from their garages.

Parents shone torches on music, which wasn’t always followed, as The Last Post acknowledged the contribution of those who have served their country.

Little ones, in pyjamas, watched on. Older neighbours stood, and sometimes that was a feat itself. But across generations and suburbs and states, it stood out as a stunning success: A disruption to old Anzac Days that carried a determination that COVID-19 would not take this day too.

The pandemic remains with us, but its effects are slowly being muted.

We are getting back to our normal lives, with the rush that brings. And we’re back at Anzac Day services and marches again this year to signal respect for those who lost their lives in a bid to make our world a better place.

Let’s hope we don’t lose the simplicity in celebrations that we learnt over the past two years, a simplicity that enveloped our children and grandchildren in understanding a truly important day.

Let’s remember those before us. But also those in front of us: Men and women who each day rise to don their uniform to serve their country in all sorts of ways.

It might not be war. We saw, for example, the fabulous contribution of our armed forces during floods that took lives and livelihoods, only weeks ago.

We saw young men and women, trained to safeguard their nation, lifting the elderly, sweeping their homes, and carting off rubbish that once filled cherished homes.

Some will never serve on a battlefield, we pray. But others will, and while we are united in waving them off at airports as heroes, let’s remember when many of them come back, broken.

Because often we don’t.

Post-traumatic stress disorder is insidious, and instead of making this a khaki election about China and the threat of chemical warfare and whether the role of our soldiers is on the battlefield or the floodplains, let’s see which party commits most to helping our soldiers, post-battle.

This is our first Anzac Day after withdrawing from our longest war – in Afghanistan.

Let’s see which party acknowledges best, with genuine support, the work done by our past and present diggers – the party that best signifies the importance of April 25 in what they do and how they do it.

China is a significant threat because of its ambition to match its diplomatic and military might with its economic power. And we need to address that in a more comprehensive way than we have to this point.

But Anzac Day should’t be lost in political point-scoring.

It should be bipartisan, about the past and the future, whether we commemorate it in our driveways, or by watching a game of two-up at the pub.

Madonna King: Let’s remember those who gave their lives so that ours would be better