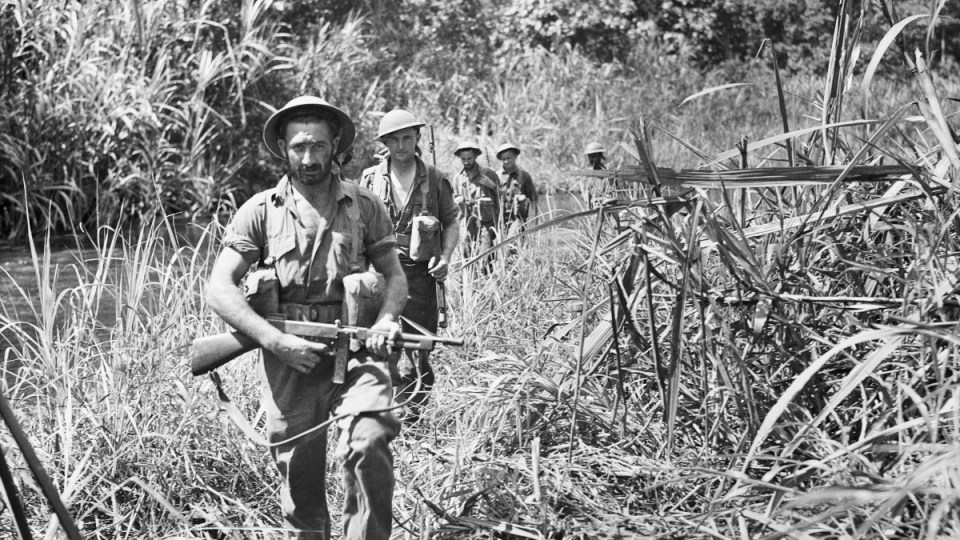 Diggers advance to confront HJapan's invaders at the height of the conflict in 1942.

Charlie Lynn was gearing up to lead his 100th trek of the Kokoda Track this Anzac Day weekend. It was meant to be a special event, commemorating the 80th anniversary of Australia’s World War II campaign in Papua New Guinea.

But Mr Lynn pulled out of the trek when he arrived in Port Moresby after seeing the Kokoda Track was not up to scratch.

He said there were no camp sites or toilets set up, the track had not been cleared, making it unsafe for visitors, and there was no rescue helicopter available nearby.

“I feel cheated,” he told AAP from the PNG capital. “During the COVID break, there’s been a total collapse in management.”

The Vietnam veteran and former NSW Liberal MP has spent the past 30 years coming to the southern tip of PNG to lead treks with his company, Adventure Kokoda.

He was one of the first to walk the track in 1992, with Australian Prime Minister Paul Keating following suit later that year and kissing the ground where more than 600 Australian soldiers gave their lives to stop Imperial Japan’s invaders in 1942.

The Australian government has been closely involved in the management and preservation of the Kokoda Track since 2008, when a joint understanding with the PNG government was signed.

In the agreement, both governments aimed to provide a safe and well-managed Kokoda Track where both the quality of life for the region’s landowners and the site’s tourism potential would be enhanced.

But Mr Lynn said that hasn’t been achieved over the past decade.

“Since Australia took control, trekker numbers have declined by 46 per cent,” he said.

Andrew C. Abel, the chairman of the Tourism Technical Working Group in PNG, said one of the main issues was the mistreatment of the traditional custodians.

He said the custodians were the owners of the Kokoda Track land and yet received next to no compensation from the thousands of tourists who trek the site each year.

This was largely due to non-compliant tour operators, Mr Abel said, who don’t pay appropriate taxes or other costs.

“In my view, that is criminal,” he told AAP. “The resource custodians who own that resource have been totally ripped off.”

Mr Abel said the traditional custodians last week blocked the track to trekkers to try and stand up against the unfair conditions.

They eventually reopened the site but Mr Abel said it was a clear warning sign.

“If we allow it to be exploited, it will crash to a point where the traditional resource custodians could potentially close it forever,” he said.

Mr Abel and Mr Lynn both said the custodians needed to reclaim ownership of the Kokoda Track in order to revive it.

“It should be managed as a tourism business… through a company that’s owned by the traditional owners,” Mr Lynn said.

“If it doesn’t change, then it will continue to decline. It will never achieve its potential as a world class wartime tourism pilgrimage.”

AAP has contacted the Australian Department of Foreign Affairs and Trade, the Papua New Guinea Travel Promotion Authority, and the Kokoda Track Authority for comment.

The pandemic has taken its toll on Australian nurses, and now hospitals are scrambling for staff
Shuttle diplomacy: UN chief to preach peace on visits to Moscow and Kyiv
Today's Stories

Unfit to walk: Tour operator pulls out of overgrown and ‘unsafe’ Kokoda Track