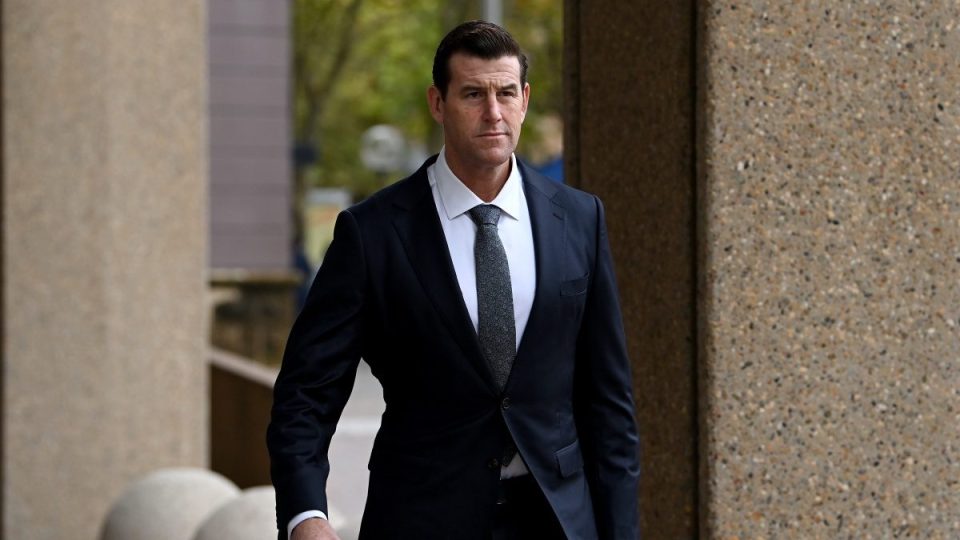 An ex-SAS soldier has repeatedly denied colluding with Ben Roberts-Smith over their evidence. Photo: AAP

Ben Robert Smith and his former patrol commander allegedly spent hours refining their story about key allegations with other SAS soldiers to get their testimony straight, a court has been told.

The witness codenamed Person Five has repeatedly denied ever colluding with the Victoria Cross recipient about their evidence in the defamation trial his good friend launched.

Mr Roberts-Smith is suing The Age, The Sydney Morning Herald over reports claiming he committed war crimes in Afghanistan including murder, and acts of bullying and domestic violence.

The former SAS soldier in the Federal Court on Friday was asked by Nicholas Owens SC on behalf of the newspapers about a birds-eye image of a mission dubbed Whiskey 108 in Afghanistan.

Documents aired in court showed Person Five sent the picture to Mr Roberts-Smith in July 2019, weeks before outlines of evidence in the case were due to be filed.

He said he can’t recall why he did so.

The former Royal Marine said he never possessed the image himself but was sent it by his lawyer. But after Mr Owens proved this was impossible due to her timeline of work, he said he wasn’t sure who did.

“You both spent many hours refining what you were going to say about Whiskey 108 in this case,” Mr Owens put to Person Five, which he denied.

After giving evidence on Tuesday that 99 per cent of camouflage paint worn by SAS soldiers was green, black and brown he later added that shades of those colours could be used, and so was grey.

He denied this was because he remembered photographs depicted his second-in-command Mr Roberts-Smith smeared in grey.

Person Five has also repeatedly denied saying or hearing the term “rookie” during deployment in 2009.

The media outlets have alleged at Whiskey 108 Person Five ordered a young trooper called Person Four to execute an unarmed prisoner to get his first kill in action, or “blood the rookie”.

He along with Mr Roberts-Smith denied this ever occurred.

“We don’t blood people, I thought I made that perfectly clear,” he said on Thursday.

On Friday Mr Owens asked if he was aware of a poster in Person Five’s own patrol room marked with each soldier’s names.

One young trooper had written “rookie f***” next to his, a term Mr Owens submitted was widely used throughout the patrol.

Person Five said he did not remember the poster.

On Thursday the court was told that Person Five discovered his legal bills were being paid for by Seven Network on Tuesday, almost two years after engaging with his lawyers.

Prior to that day he never made any inquiries as to their estimated rates, costs, or bills, he said.

Mr Owens outlined in court on Friday a number of subpoenas he had issued to the Seven Network, boss Kerry Stokes and commercial director Bruce McWilliam seeking relevant documents.

Included in the “hundreds of compromising photographs of your colleagues,” was an image of an SAS soldier dressed in a Ku Klux Klan outfit, Mr Owens said.

“I wasn’t there at the time but I believe it’s Person 35,” Person Five said.

Person 35 is due to give evidence on behalf of Mr Roberts-Smith.