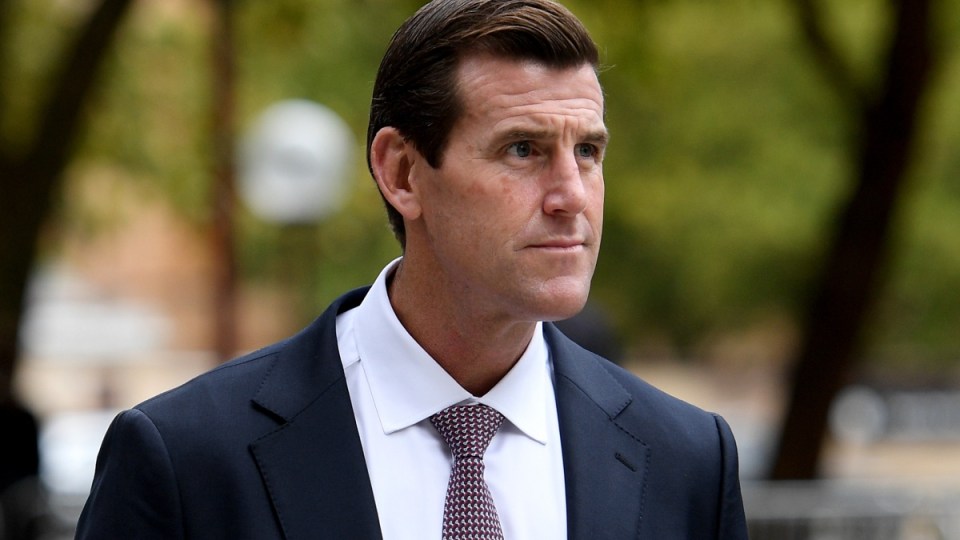 The first SAS soldier to testify on behalf of Ben Roberts-Smith at the defamation trial he launched has contradicted key allegations lobbed against the war veteran.

The “very good” friend of the decorated soldier travelled from his home in the United States to appear in the Federal Court on Tuesday.

The Victoria Cross recipient is suing for defamation The Age, The Sydney Morning Herald over reports claiming he committed war crimes in Afghanistan including murder, and acts of bullying and domestic violence.

The witness codenamed Person Five began giving evidence about a 2009 mission to a Taliban compound dubbed Whiskey 108 in Uruzgan province where he chose Mr Roberts-Smith to be his 2IC, or second in command.

The former Royal Marine said it was an easy choice after seeing how capable the two-metre tall soldier was following SAS selection, and all reports stated he was performing well.

The patrol commander at the time said his troop were clearing along the compound walls when he was called back to an unnatural spot with “loads of long green grass” covering a secret tunnel entrance.

Person 35 had the appropriate stature to crawl through the tunnel and did so after removing his body armour, helmet and pistol, he said.

“He was in there no more than a couple of minutes, he then came back, stuck his head out and said it was clear.”

This evidence contradicts that of multiple special service soldiers subpoenaed by the newspapers who say prisoners were located and pulled out of the tunnel.

It is alleged that Mr Roberts-Smith executed one of these prisoners who had a prosthetic leg by unloading machine gun fire into his back, while another was said to have been shot by Person Four under command.

This was said to “blood the rookie”, referring to the young recruit’s first kill on a mission.

On Tuesday Person Five said he had never used the term himself.

He first heard someone had accused him of using the term in May 2018 via newspaper articles, days before he left the Australian elite force, he said.

Barrister Arthur Moses SC, on behalf of Mr Roberts-Smith, asked if he ever said to someone “we’re going to blood the rookie?”

“Have you ever ordered a member of the Australian Defence Force to kill a person under confinement?”

Earlier the court was told by Person 24 that he was sitting with his squadmates at Australia’s base in Tarin Kowt when Person Five came into view.

“He was in a jovial manner, dancing a bit of a jig at our doorway and he said that ‘we are going to blood the rookie’.”

Jacqui Munro: Out with the old, in with the new political script
Business push to ease COVID isolation rules
Today's Stories