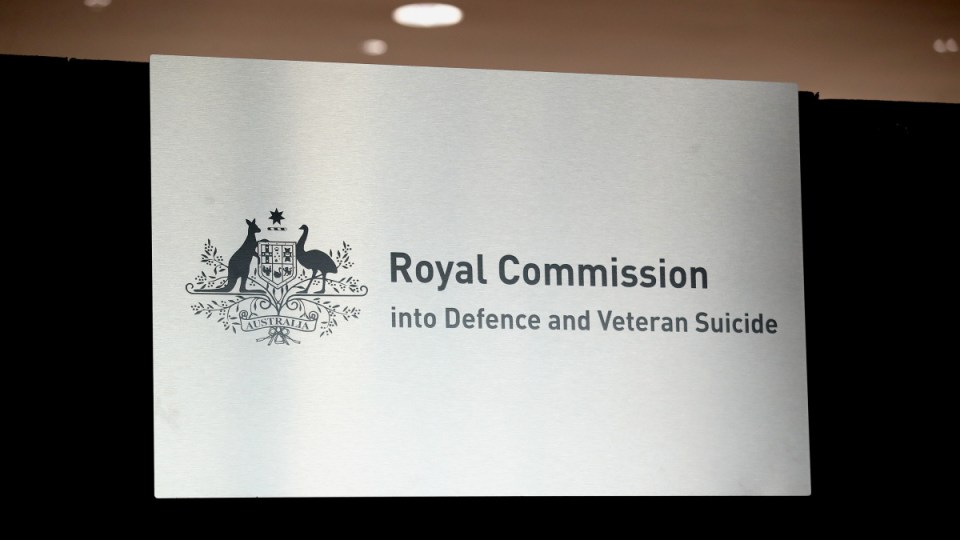 The "very prescriptive" Work Health and Safety Act meant there was a gap in the number of workplace incidents that were being reported. Photo: AAP

Death and hospitalisation were the benchmarks for reporting workplace psychological illness, bullying, and physical and sexual assaults, an inquiry into defence services has been told.

Comcare CEO Sue Weston on Monday gave evidence to the Royal Commission into Defence and Veteran Suicide, including a definition of a “notifiable event”.

The “very prescriptive” Work Health and Safety Act meant there was a gap in the number of workplace incidents that were being reported to Comcare, she said.

“To see a serious sexual assault or physical assault … the injury needs to be sufficient to be considered for an in-patient at a hospital and that doesn’t always happen with these type of injuries,” Ms Weston said.

“If it doesn’t pass the notifiable request, that is the problem, we don’t get the visibility of it in that way.”

Comcare is a statutory authority of the federal government charged with monitoring work, health and safety issues.

Ms Weston said the act specifically excluded psychological injuries, though this was currently under review.

The defence force still had an obligation to report incidents of workplace “psychosocial hazards” like bullying, sexual harassment and work performance management issues to Comcare, but there were significant problems with this arrangement, including time delays, she said.

Comcare had also started gathering its own intelligence, including tracking complaints through the media and people who reached out to help desks to help identify if the ADF was meeting its obligations to keep its workplace “psychologically or physically safe”.

Counsel assisting the inquiry, Peter Gray, said 33 notifiable incidents reported in the year ending December 2020 had been attempted suicides and suicides linked to “mental stress”. Eleven of them had been ADF members.

“Would you agree that this suggests that there needs to be a far broader form of notification before things get to the point of there having to be a hospitalisation … or worse, an attempted suicide or even worse than that, a suicide?” Mr Gray asked.

“We’ve made submissions to that effect,’ Ms Weston responded.

“Prevention and early intervention is critical.”

Federal attorney-General, Michaelia Cash, announced on Sunday night the royal commission’s inquiry would be extended by a year to June 17, 2024.

Commission chair, Nick Kaldas, told the inquiry it had become clear more time was needed to deliver on the “magnitude of the task”.

Mr Kaldas said the inquiry had so far received 1300 submissions and 344 requests for private sessions. It had also gathered significant evidence during a series of public hearings.

The commission will release an interim report on August 11, and if necessary will call for more urgent recommendations to be implemented prior to the final report.

“We’re also considering the possible requirement for an agency or body that may follow the royal commission, akin to the government’s previous proposal for a permanent defence and veteran suicide national commissioner,” Mr Kaldas said.