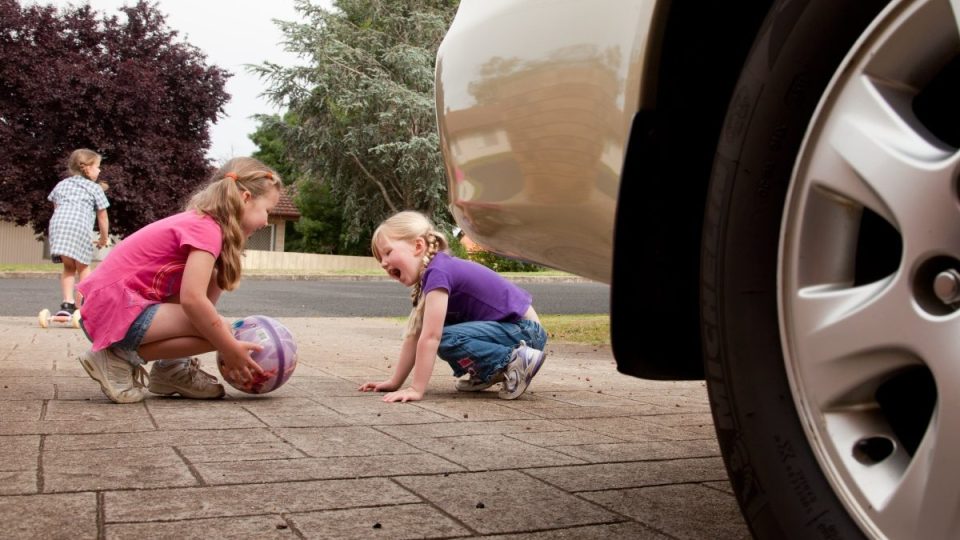 The number of child driveway deaths rose by over 50 per cent in the past decade, figures show. Photo: AAP

More Australian children are being killed in driveways than ever before.

Former ambulance paramedic turned author Patrick Kennedy has released figures revealing a 53 per cent increase in the number of children being killed in Australian driveways in the past decade.

“Apart from the fatalities, nearly 1000 children are being seriously injured in low-speed vehicle run-overs in their driveways and elsewhere each decade,” Mr Kennedy said.

While deaths are able to be tracked, injuries are not. As a result, if deaths have risen by 53 per cent, injuries have presumably risen by the same amount.

In the previous decade, the number injured was 600. The figure is now likely to be about 920.

In April 2011 Peter Cockburn ran over his 15-month-old daughter, Georgina Josephine, while reversing into his garage. Since her death, he has been on a crusade to inform parents and grandparents of the risks to young children around driveways and garages.

Mr Cockburn, a co-founder of the Georgina Josephine Foundation, which helps families who have been affected by driveway accidents, said that in 2010 the federal Department of Transport reported an average of seven children died after being run over by low-speed vehicles a year.

“Since then, we have monitored all reported deaths nationally and discovered there have been at least 35 more fatalities in the last 10 years – an increase of 53 per cent,” Mr Cockburn said.

“Put another way, now on average a minimum of 10 children die per year, up from seven in the previous decade.”

Mr Kennedy said that as a paramedic he had seen terrible tragedies involving children and as a result wrote Billy Be Safe’s Very Hot Day.

The character Paramedic Billy Be Safe “brings attention to this national tragedy by educating children, parents and grandparents in a fun and engaging way”, he said.

Mr Kennedy said Billy and his partner Becky Be Careful and their dog Willy Be Wary showed kids how to stay safe around driveways, bush pools and on bushwalks.

Mr Kennedy and the publisher are in discussions with government authorities to have the book placed in primary schools.