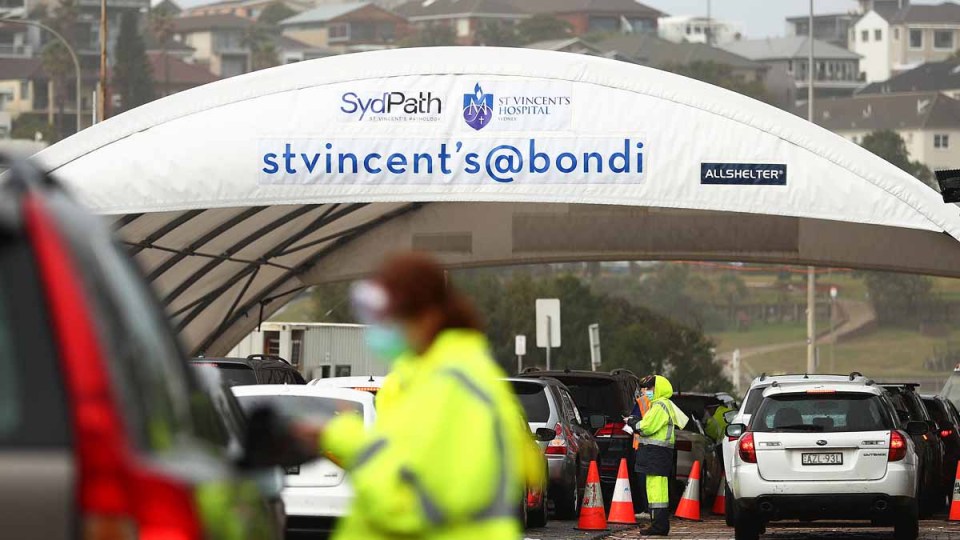 Australian COVID-19 infections continue to surge due to a sub-variant of the Omicron strain, as health authorities warn cases won’t peak until mid-April.

Despite daily case numbers reaching levels experienced at the height of last summer’s Omicron wave, some states have moved to ease restrictions.

In Queensland, people who have recently recovered from the virus will now be considered a “cleared case”, and will not have to go into isolation, even if they are deemed a close contact or experience symptoms.

Vaccination mandates have been removed for transport workers and those in the education sector in South Australia following staff shortages.

As cases in Western Australia reach record levels, capacity limits on venues in the state have also been eased.

On Thursday, more than 59,000 virus infections were reported across the country, with the bulk in NSW.

Thursday also had one of the highest daily fatality counts in recent weeks with 32 deaths – 17 in NSW, five in Queensland, four in Victoria, three in WA, two in the ACT and one in the Northern Territory.

It came as figures reported to the Australian Health Protection Principal Committee noted the number of daily COVID-19 cases increased by more than 76 per cent between March 11-23. Hospitalisations from the virus rose by almost 25 per cent in the same timeframe.

However, in the two-week period, deaths were down by 7 per cent, and the number of patients in intensive care fell by 5 per cent nationally.

In a statement, the committee said the increase was driven by a more transmissible sub-variant of Omicron.

“These trends are aligned with the experience reported internationally,” the statement said.

“We also note forecasting which suggests this current wave will peak around mid-April in many jurisdictions.”

Earlier this week, the federal budget revealed $6 billion had been set aside for a winter response plan, with a combined COVID and influenza spike in infections predicted in coming months.

On Friday, the committee also warned of challenges to the country’s health system ahead of winter, and the likely surge in coronavirus cases.

“These challenges are likely to be offset by increasing population-level immunity from vaccination and natural infection and the availability of treatments, which will likely mitigate against high hospital demand,” the committee said.

“COVID-19 and influenza-related absenteeism in the health system will likely be significant.”

The budget papers unveiled by Treasurer Josh Frydenberg had similiar predictions, with the predicted Omicron wave expected to put pressure on supply chains.

“At the peak of the outbreak, workforce absenteeism returns to levels similar to those experienced in January 2022,” they said.

The budget also described one particularly grim scenario, where “a more virulent variant of concern emerges in the middle of 2022”. It said public health measures such as density limits and physical distancing could be reimposed in a targeted way.