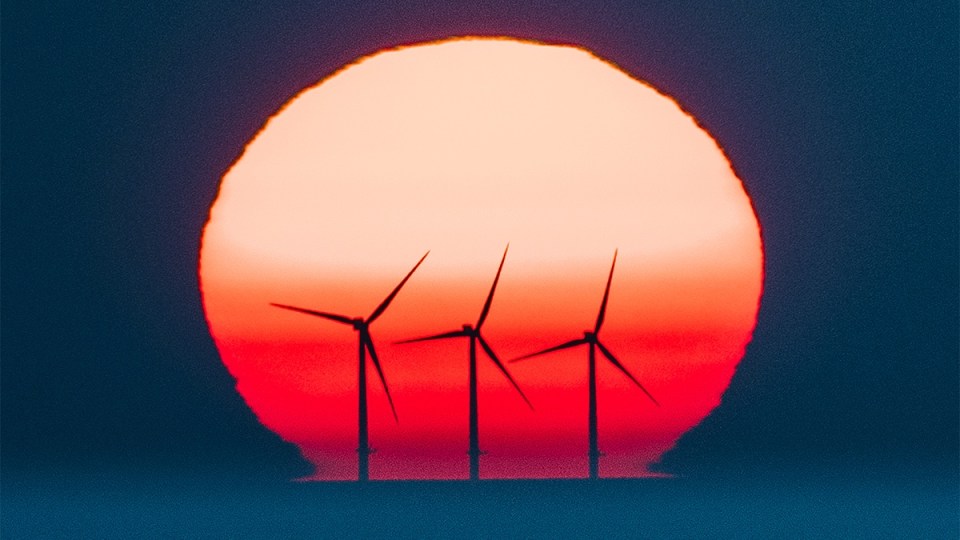 Australia now has the highest proportion of solar electricity generation of any major country. Photo: TND

The budget might not have included any new funding for renewable energy, but Australia has nonetheless taken strides in solar and wind generation in recent years.

Australia underwent the second-biggest shift to solar and wind of any country in the world – after the Netherlands – between 2019 and 2021, according to a global electricity review by independent energy think tank Ember.

“This is very different from many countries where national governments lead the charge.”

The newly announced federal budget will see funding to the Clean Energy Finance Corporation and the Australian Renewable Energy Agency decrease by 35 per cent over the next five years.

It also failed to include any new direct funding for renewable projects.

Instead, $250 million has been allocated to so-called “low-emissions” technologies such as hydrogen hubs.

Still, some significant renewable projects have been funded by the government in recent years.

Dr Dylan McConnell, a researcher at the University of Melbourne’s Climate & Energy College, told The New Daily that many renewable energy projects from recent years often had government funding that had been earmarked years prior.

“I will be the first to say that federal policy is severely lacking and piecemeal, but there were and still are quite a few policies in place at both federal and state levels driving things, particularly in that period,” he said.

The Ember report found 12 per cent of Australia’s electricity generation comes from solar – the highest proportion of any major country.

“It’s very refreshing to see so many people embracing home-grown solar, even as the national government continues to push for more oil and gas,” Mr Jones said.

But just six years ago, Australia lagged behind the likes of Italy, Germany and Japan. 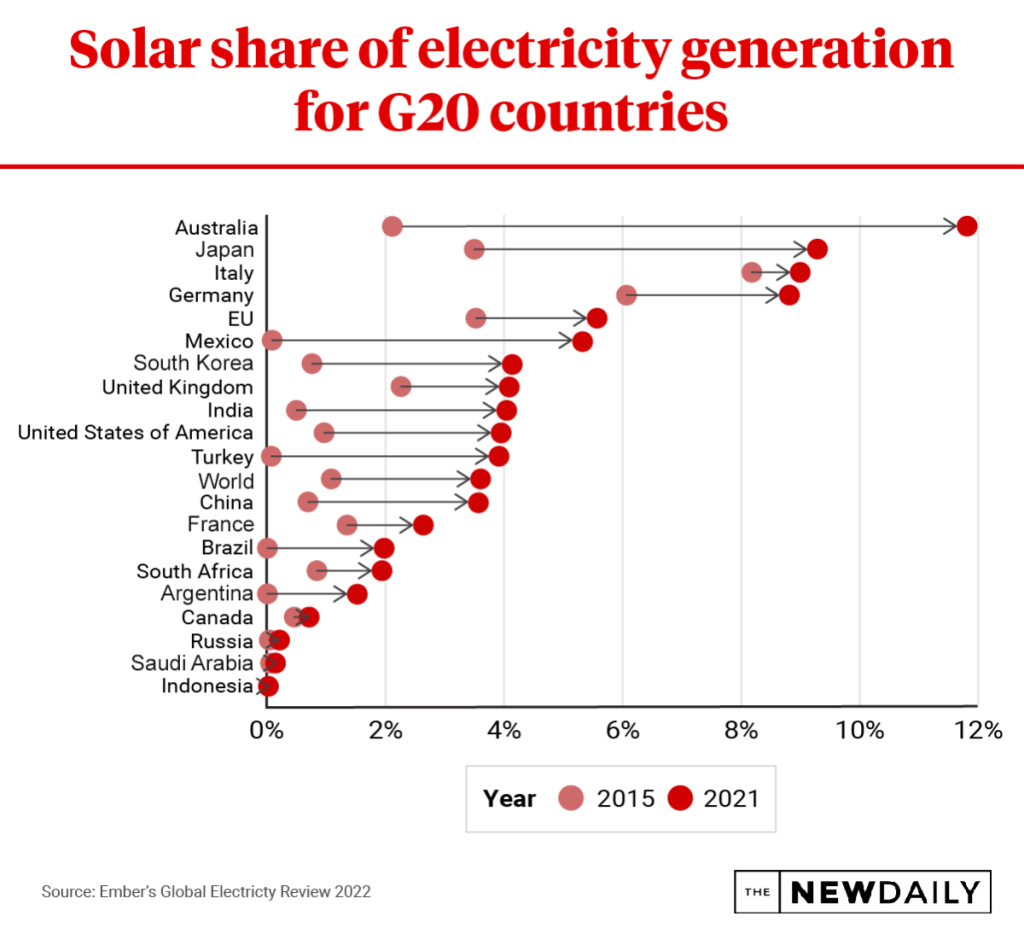 By the end of 2020, 27.3 per cent of Australian homes had solar panels installed, according to the Clean Energy Council.

New South Wales and Queensland have significant commercial solar farms, but in other states, solar power is dominated by rooftop systems.

Mr McConnell noted that this huge uptake in rooftop solar was driven by the federal government’s grant scheme, plus additional state incentives.

According to the Ember Global Electricity Review 2022, the Netherlands, followed by Australia and Vietnam, experienced the highest percentage point increase of wind and solar in their overall electricity generation from 2019 to 2021.

In most cases, these gains in renewables directly replaced fossil fuel power stations that are being wound down.

The top 15 countries are as follows:

But despite Australia’s world-leading gains in the past few years, Dr McConnell said Australia still needs to decisively invest in renewables.

“It is possibly worth noting that investment in large-scale wind in particular has slowed down a lot in the past six to 12 months,” he said.

“It’s worth remembering that history might not be a good guide for the future, or indeed what is happening now.”