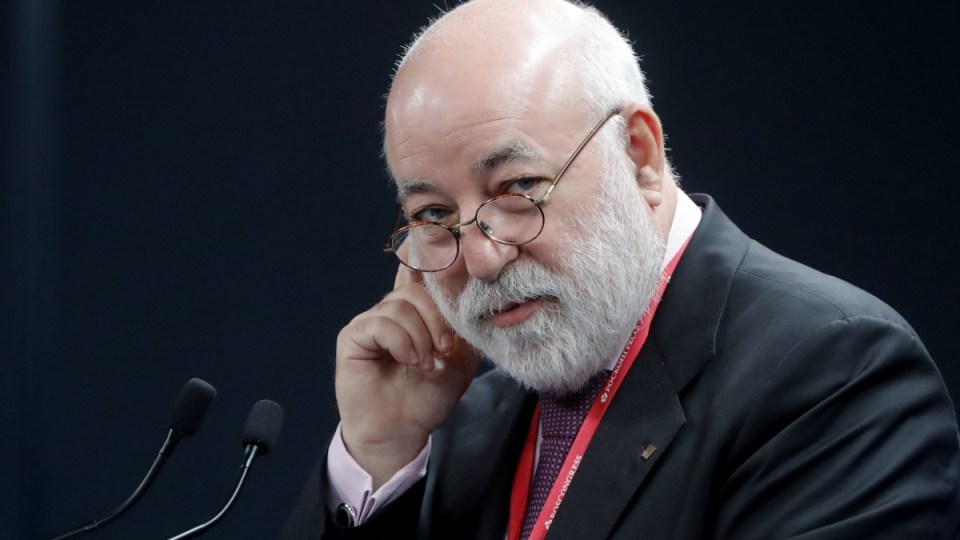 Russian billionaire Viktor Vekselberg has an interest in a company partnered with Origin in the NT. Photo: AAP

A gas company exploring the Northern Territory’s Beetaloo Basin has denied any wrongdoing over its links to a Russian billionaire on Australia’s sanctions list.

Origin Energy says it will comply with any directions from the Department of Foreign Affairs and Trade concerning Russian oligarch Viktor Vekselberg.

Mr Vekselberg is understood to own 16 per cent of Falcon Oil & Gas, Origin Energy’s joint venture partner in the gas-rich basin.

Origin executive Tim O’Grady on Friday told a Senate inquiry the company had contacted DFAT and was awaiting instructions on what action to take in relation to Mr Vekselberg.

“I want to be very clear that the joint venture is between Origin and Falcon. It has nothing to do with Mr Vekselberg,” he said.

“We have no relationship at all. There is an interest by Mr Vekselberg but it is a passive interest.”

Mr O’Grady said the project was financed and controlled by Origin and the Russian’s interest represented about four per cent.

He said Origin had been aware of US sanctions against Mr Vekselberg since 2018 and it had taken action to distance itself from him then.

He said the company also “promptly” contacted DFAT and was awaiting advice after the Australian government imposed sanctions against Mr Vekselberg last week amid Russia’s ongoing invasion of Ukraine.

“We will fully comply with any directions,” he said.

Senator Sarah Hanson-Young said many Australians would be alarmed Mr Vekselberg has gotten his “tentacles” into the project.

“Men like Mr Vekselberg sit in the background and take benefit without any of the accountability,” she said.

Mr O’Grady said Origin also had concerns about Russia’s involvement in Ukraine and any role the oligarch may play.

“(But) the fact is we are listed companies. Falcon is listed in Canada and Origin doesn’t have any control over its register,” he said.

He also said the company’s Beetaloo project hadn’t generated any revenue or returned a profit to its shareholders.

“It’s not going to generate any revenue for the foreseeable future, at least a few years,” he said.

“We believe we’ve done the right thing and I assure you whatever we are advised to do by DFAT and the Australian government, we will very happily comply with in full.”

Let’s face it – we’re addicted to polls, even if they’ve got things so wrong in the past
Hydrogen highway to link Aust east coast
Today's Stories