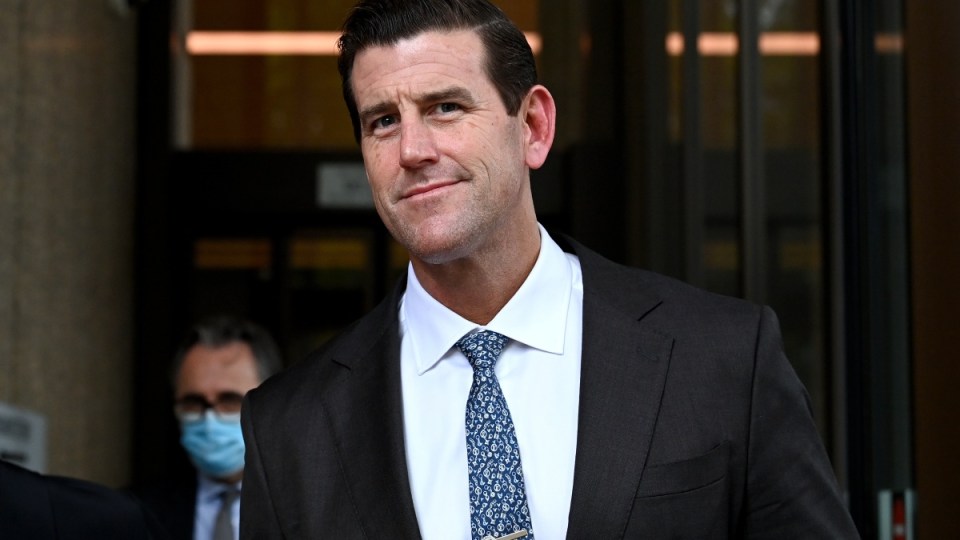 An SAS whistleblower of Ben Roberts-Smith’s alleged war crimes says it was a mistake speaking to the media but felt he couldn’t walk away from such serious accusations.

The witness codenamed Person Seven told the Federal Court he was one of two anonymous sources who appeared on 60 Minutes in 2019 in breach of Australian Defence policy.

The serving elite soldier said on Thursday that he was not proud of speaking to the media but that he “wanted to be a voice from within”.

He was accused by barrister Arthur Moses SC on behalf of Mr Roberts-Smith of publicly disparaging his client’s reputation because of an obsession with his awarding of the Victoria Cross.

“I am a senior NCO warrant officer in the army, I was told of an allegation of an egregious nature, I am not walking past that,” he said on Thursday.

Person Seven said he was told by a soldier dubbed Person Four that the decorated soldier kicked an unarmed Afghan prisoner off a cliff in Darwan in 2012.

He said he was told the story on three separate occasions, including details that Person Four watched the Afghan man hit a rock and a “tooth flew out” causing a “wave of panic to come across his body”.

“He realised then that he had to get out of that patrol,” Person Seven said of Person Four.

Mr Robers-Smith vehemently denies the allegations, but the publications are relying on truth as a defence.

The 43-year-old former corporal is suing The Age, The Sydney Morning Herald and The Canberra Times over reports claiming he committed war crimes and murders in Afghanistan between 2006 and 2012.

One of a handful of Australian recipients of the VC since 1970, he argues the claims stem from jealous associates spiteful of his medallic achievements.

Person Seven admitted that some of his off-the-record disclosures to investigative journalist Chris Masters were “petty immature childish gossip,” but said he was not rubbishing Mr Roberts-Smith’s name -rather holding him accountable.

Taken from the notes of the meeting, Person Seven said Mr Roberts-Smith was never interested in charities until he received his VC and wanted insurance to make his reputation appear “squeaky clean”.

Person Seven explained he thought it “rich” Mr Roberts-Smith fronted mental health charities when he had allegedly bullied another soldier to the point of major depression.

“Even if he smelled (Mr Roberts-Smith’s) deodorant he had issues,” he said.

Person Seven originally turned down appearing on the television program until he found out Mr Roberts-Smith was waging a concerted threatening campaign to silence soldiers giving evidence to a secret inquiry, he said.

Person Seven said Mr Roberts-Smith told him he had used cocaine and steroids in the past.

It follows his evidence on Wednesday that he watched Mr Robert-Smith attack an unarmed and frightened Afghan prisoner, relentlessly bully a comrade and threaten to strangle a man with his bare hands.