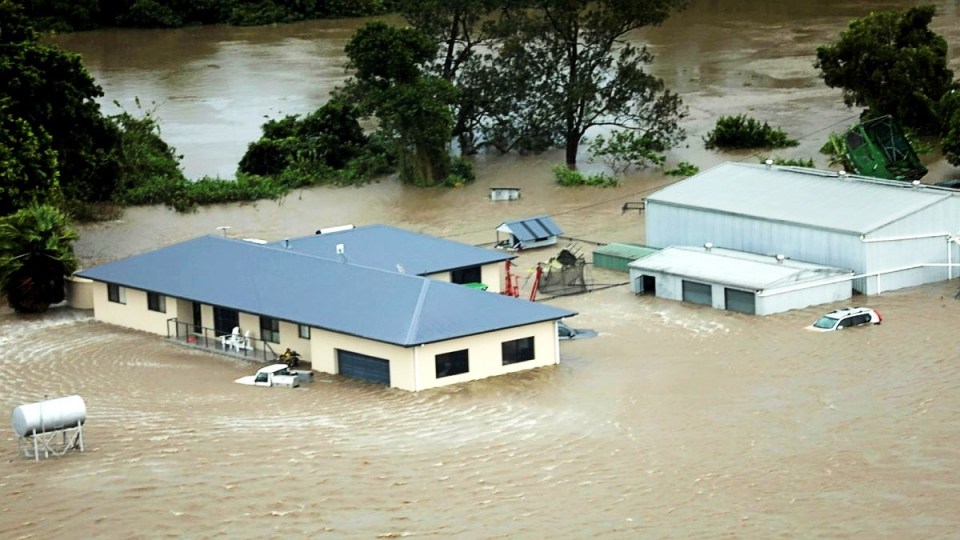 Brisbane has the greatest number of properties exposed to a high risk of riverine flooding. Photo: AAP

The devastation caused by floods in northern NSW and south-east Queensland could be replicated in vulnerable towns and suburbs across the country, new data reveals.

Climate Valuation, a group of climate risk analysts, has identified more than one million properties across 30 local government areas that are exposed to low, moderate or high-risk riverine flooding.

Queensland has the most local government areas in the top 30 with 10, followed closely by Victoria (eight), NSW (five), South Australia (four), Western Australia (two) and Tasmania (one).

Brisbane has the greatest number of properties exposed to a high risk of riverine flooding, with 47,091 of 692,121 in that category.

The northern NSW town of Lismore, which has endured record flooding in the past month, has 2247 high-risk properties, many of which are likely uninsurable or so exposed it is unaffordable to do so.

Climate Valuation chief executive Karl Mallon said those living in highly flood-prone suburbs need to come to grips with the reality they may face similar scenarios in future.

“It’s unfair and unacceptable to leave people in harm’s way when we know the high risk addresses, and we know which can be protected and which will need to be moved,” Dr Mallon said on Wednesday.

“Just as governments have to deal with reducing emissions, they must provide leadership and financial support for communities to prepare for the climate impacts that are here and worsening.”

Natural disasters are already estimated to cost Australia an average $38 billion a year and that figure could rise as high as $94 billion by 2060 under a high-emissions scenario, according to research from Deloitte Access Economics.

Climate Valuation’s own sums show climate change-fuelled riverine flooding is expected to precipitate a $170 billion drop in Australian property values by the middle of this century, an equivalent loss of $45,000 for every exposed property.

“Planning codes must be changed, building codes need to be upgraded and a massive grants program will be needed to overhaul Australia’s high-risk housing so that it is ready to cope with the reality of climate change,” Dr Mallon said.