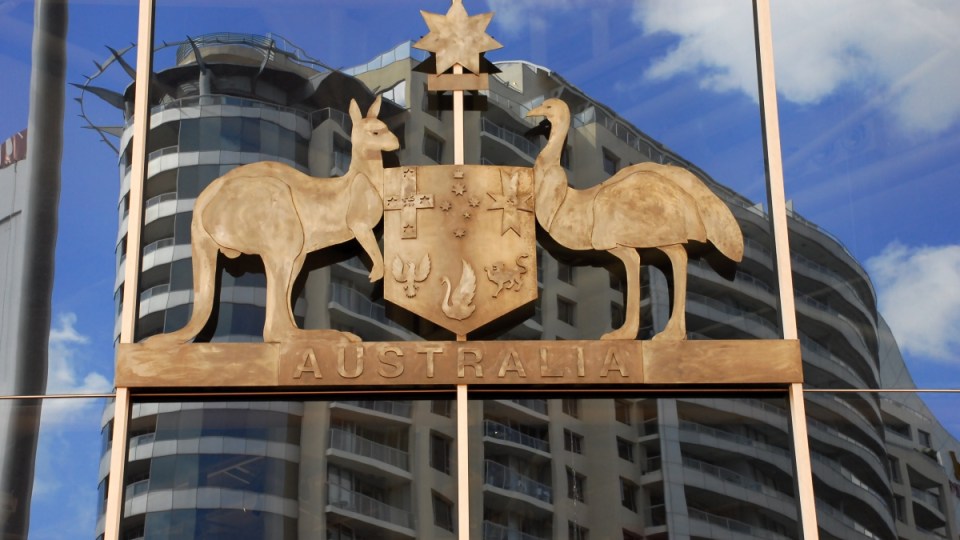 A federal government logo has been lambasted and subsequently removed for resembling male genitalia. Photo: Getty

An official federal government logo championing equal opportunity for women has been removed from a department’s website after it was slammed for its “phallic” shape.

The Department of Prime Minister and Cabinet (PM&C) was lambasted on social media on Monday when users noticed the Women’s Network logo on the site resembled male genitalia.

The department was forced to take action later on Monday, subsequently removing the logo from the PM&C website.

“It beggars belief… you can’t unsee it!” She said.

“You couldn’t write this!” it said.

Senator Waters called the government’s logo “pathetic and juvenile, but completely to be expected from this toxic boys’ club of a government”.

“Sure, it’s just a logo, but if you needed a visual representation of just how completely out of touch the PM is with Australian women you honestly couldn’t do any better,” Senator Waters said on Instagram.

The PM&C responded to the backlash on Monday, stating the Women’s Network logo had been scrubbed.

“The logo has been removed from the department’s website, pending consultation with staff,” PM&C said in a statement.

The government said the network had been rebranded in 2019 to establish a “consistent look and feel”.

According to the department’s website, “the Women’s Network champions equal opportunity on behalf of its members and is an inclusive, volunteer-based organisation built by members, for members.”