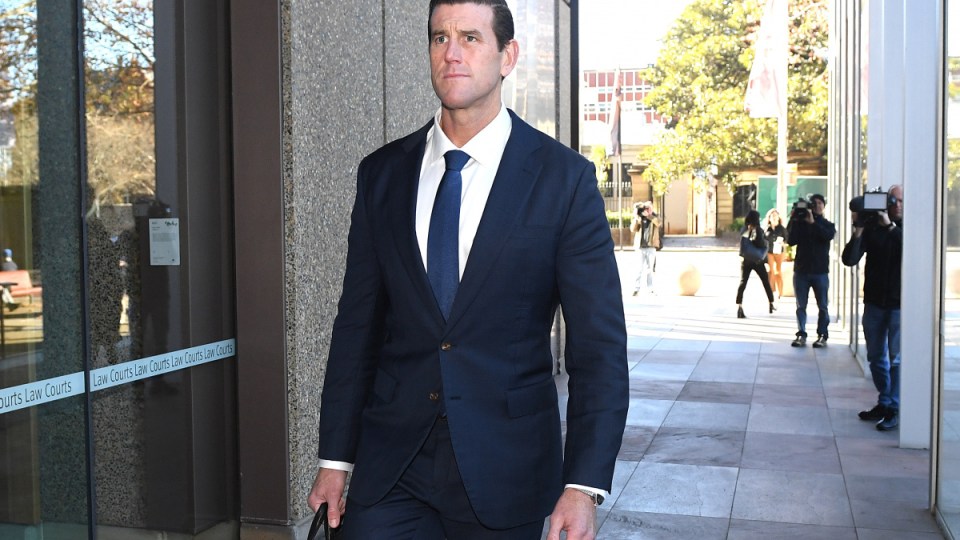 A former SAS soldier has broken down in the Federal Court saying it was heartbreaking to watch a comrade’s life fall apart because of Ben Roberts-Smith’s actions in Afghanistan.

The witness codenamed Person 24 said on Tuesday he had heavily encouraged a good soldier dubbed Person Four to join the special forces.

“He is a great person and to see how his life has been turned upside down by the time that he spent in the regiment and the people he spent it with, I find it heartbreaking,” he said.

Person Four as a young trooper was allegedly ordered to execute a prisoner by his patrol commander known as Person Five who was out to “blood the rookie” in order for him to “get a kill under his name”.

Mr Roberts–Smith who was second in charge of the troop at the time did nothing to dissuade the execution command, or stop Person Four from following the order, and is complicit in and “responsible for murder,” according to the defence file.

The incident is said to have occurred during an April 2009 mission to a compound dubbed Whiskey 108 in Uruzgan province.

Another soldier in February further alleged Mr Roberts–Smith was the one who forced the unarmed, older Afghan male to kneel before ordering Person Four to “shoot him”.

The Victoria Cross recipient has strenuously denied the allegation.

The 43-year-old is suing The Age, The Sydney Morning Herald and The Canberra Times for defamation over reports that he committed war crimes and murders in Afghanistan between 2006 and 2012.

Person 24 who was medically discharged from the Australian army in 2017 said Person Four had struggled giving evidence at the defamation trial.

He said Mr Robert-Smith’s barrister, Arthur Moses SC, was suggesting both soldiers who took medication for mental health issues were “not fit to be a witness”.

On Monday the former SAS corporal said he watched Mr Roberts–Smith open fire upon a prisoner’s back after throwing him to the ground.

But Person 24 denied this, and said he believed he had witnessed “an exhibition execution” about 20 metres away from where he was standing.

“He wanted people to see he was going to kill someone out there in front of everyone”.

Person 24 broke down again explaining that he did not wish to be in court.

“I find it extremely difficult to stomach having to give evidence against that man in the corner,” he said, referring to Mr Roberts–Smith.

He said on Monday he believed the war veteran had been treated unfairly.

He also alleged that at Australia’s base in Tarin Kowt before the Whiskey 108 mission commenced, Person Five boasted that “we’re going to blood the rookie”.

At the time Person 24 understood “blooding” as lawful engagement, but with hindsight, he now understood Person Five had “malicious intent”.

“It sticks with me … I remember thinking I would hate to be in his position,” he said of the fresh trooper.

Soldier breaks down in Roberts-Smith trial