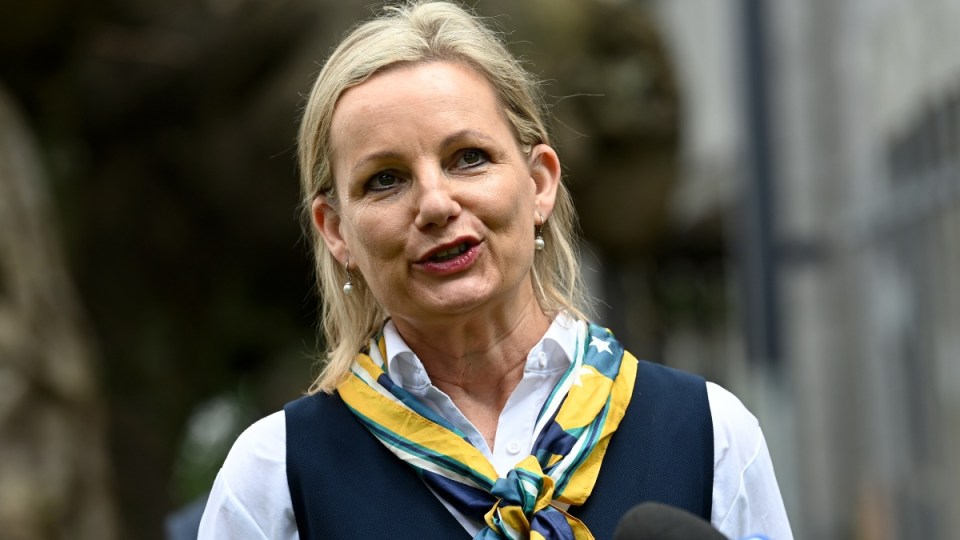 Three Federal Court judges ruled in favour of Sussan Ley in a case students took against her. Photo: AAP

The Australian government does not owe the country’s children protection from harm caused by climate change, a court has ruled.

The full bench of the Federal Court on Tuesday unanimously ruled in favour of an appeal by Environment Minister Sussan Ley, reversing a decision by a previous judge that legally recognised a duty of care.

Eight high school students took Ms Ley to court in 2020, seeking to block the expansion of a NSW coal mine that is expected to produce an additional 100 million tonnes of carbon emissions.

Federal Court Justice Mordecai Bromberg in May 2021 knocked back their bid to stop the expansion, but ruled that Ms Ley has a duty of reasonable care to not cause the children personal injury when exercising her legislative decision-making powers regarding the mine.

Human safety is a mandatory consideration in the making of the decision, he said.

It was lauded as a landmark win that would open an avenue for legal challenges to future government decisions on coal projects.

However, Ms Ley appealed the finding and on Tuesday Justices James Allsop, Jonathan Beach and Michael Wheelahan ruled in her favour.

All agreed a legal duty of care should not be imposed, but the judges varied slightly in their reasons.

Chief Justice Allsop concluded that decisions about mining approvals belong to the executive arm of government – ministers of the day – not the judiciary.

Ms Ley also had control over only a tiny contribution to global carbon emissions, he said.

“The lack of proportionality between the tiny increase in risk and lack of control, and the liability for all damage by heatwaves, bushfires and rising sea levels … into the future, mean that the duty … should not be imposed.”

Justices Beach and Wheelahan were also not persuaded that the approval of the coal mine extension would cause personal injury to the students.

Chief Justice Allsop, however, noted the considerable evidence demonstrating the dangers of climate change was not disputed.

Speaking outside the Federal Court in Sydney, the students behind the case vowed to keep fighting for climate justice despite the setback.

Anjali Sharma, 17, said her family in India has long been on the frontline of the climate crisis, telling reporters of oppressive heat, huge deluges and pollution so thick it feels like a weighted blanket.

Now the climate crisis was on the doorstep of her family in Australia too.

“I’m really preaching to the choir here in NSW, which two years ago was on fire and today is underwater,” she said.

“The Federal Court today may have accepted the minister’s legal arguments over ours, but that does not change the minister’s moral obligation to take action on climate change and to protect young people.

“It does not change the science.

“It does not put out the fires or drain the floodwaters.”

She rubbished Chief Justice’s Allsop’s assertion Ms Ley only had a “tiny” amount of control and responsibility when looking at emissions on a large scale.

“What she does right now in her position, in her portfolio, can really sway Australia … (and) Australia are the only ones dragging their feet.”

David Barnden, the principal lawyer for the children, said the team would now consider whether to seek leave to appeal the “disappointing” decision in the High Court.