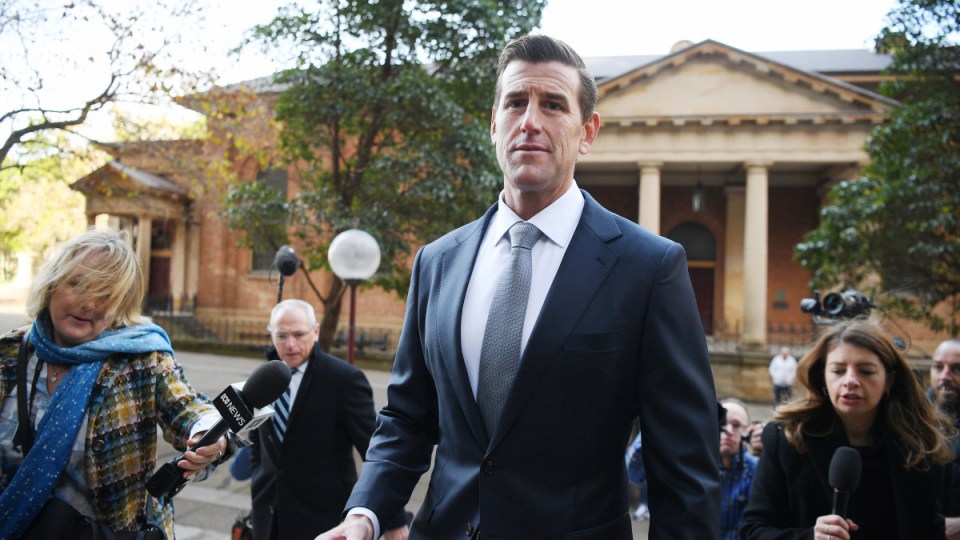 War veteran Ben Roberts-Smith dropped an Afghan prisoner onto the ground before executing him in the back with a burst of machine-gun fire, a court has been told.

The former SAS corporal codenamed Person 24 told the Federal Court on Monday about an April 2009 mission to a compound dubbed Whiskey 108 in Uruzgan province.

The witness said he watched Mr Roberts-Smith walk out of the compound holding a man in his hand parallel to the ground.

“It appeared he had come off his feet,” he said, either held by his pants or the back of his shirt.

He said the VC recipient marched out of the compound and dropped the man on the ground before immediately opening fire “with a machine gun burst into his back”.

After Mr Roberts-Smith stopped firing due to a weapon “stoppage” he walked back into the building and Person 24 recalled turning to another soldier, he said.

“Did we just witness an execution?” he recalled saying.

The 43-year-old is suing The Age, The Sydney Morning Herald and The Canberra Times for defamation over reports that he committed war crimes and murders in Afghanistan between 2006 and 2012.

The witness said on Monday the prisoner Mr Roberts-Smith was holding was alive before he was executed, making sounds “like a grunting noise”.

Before setting out on the mission Person 24 said he was sitting with his squad members in a room when a patrol commander dubbed Person Five came into view.

“He was in a jovial manner, dancing a bit of a jig at our doorway and he said that ‘we are going to blood the rookie’.”

The phrase references giving a junior soldier their first kill in action.

The newspapers who seek to rely on a defence of truth, allege Mr Roberts-Smith stood by while a young trooper codenamed Person Four was ordered to execute one of two prisoners found in a tunnel.

Person 24 said before he watched Mr Roberts-Smith execute the Afghan male he heard Person Five screaming at Person Four to be with him inside the compound.

Mr Roberts-Smith is accused of executing the other prisoner, with several SAS witnesses testifying they heard a burst of machine-gun fire.

The war hero previously told the court there were no men in the tunnel and labelled the allegations as an “outrageous claim”.

Before the troop extracted to their base Person 24 said he watched another soldier tuck the prosthetic leg found on the body of the dead prisoner into his backpack.

Person 24 said he had just sworn an oath and would never lie in a court of law.

He denied talking to the media, saying he didn’t agree with other soldiers doing so.

“I think it’s extremely unfair how this thing has panned out for (Mr Roberts-Smith,” he said.