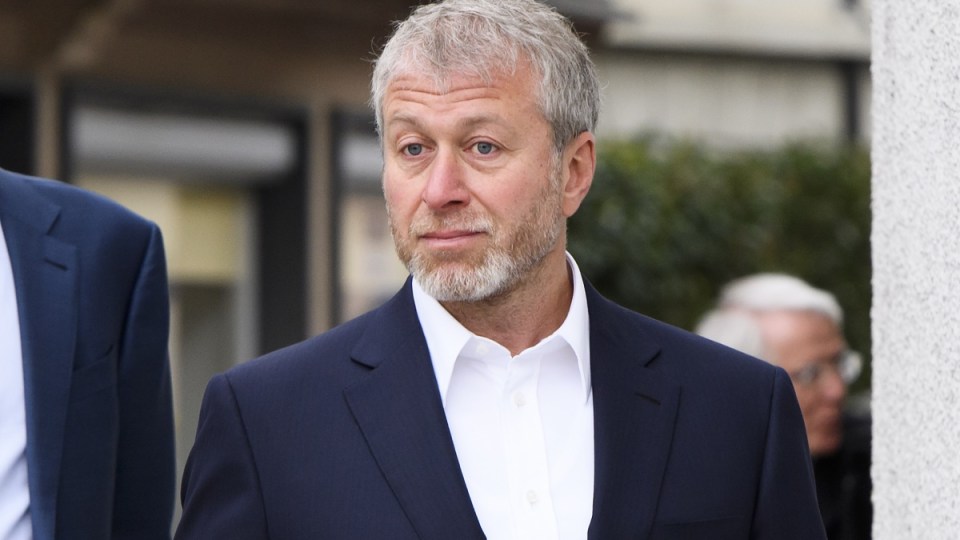 Australia has slapped sanctions on the Russian billionaire owner of Chelsea football club following similar action by the British government.

Roman Abramovich was disqualified from running the English Premier League Club by the league’s board after the government imposed an asset freeze and travel ban on the oligarch.

Mr Abramovich was one of seven wealthy Russians targeted by the UK government in a further round of sanctions last week, which involved asset freezes, travel bans and an embargo on transactions with UK individuals and businesses.

Prime Minister Scott Morrison has also spoken to his Dutch counterpart Mark Rutte about Russian sanctions, military and humanitarian support for Ukraine as well as implications for the Indo-Pacific region.

Mr Morrison also said the two countries would continue to pursue accountability for MH17, which was shot down over eastern Ukraine by Russian separatists in 2014.

“We owe it to the victims,” Mr Rutte said on Twitter following the phone call.

Russia says it is counting on Chinese economic support as sanctions continue to cripple its economy.

But US National Security Adviser Jake Sullivan issued a stern warning to Beijing should it offer an economic lifeline.

“We are communicating directly, privately to Beijing, that there will absolutely be consequences for large-scale sanctions, evasion efforts or support to Russia to backfill them,” Mr Sullivan told CNN.

It comes as Russian missiles killed at least 35 people and injured a further 134 at a Ukrainian base just 25 kilometres from the border of NATO member Poland.

Russia’s defence ministry said 180 “foreign mercenaries” had been killed and a large amount of “foreign weapons” had been destroyed in the air strike.

Ukrainian media has reported that while the military had trained at the base in the lead up to the February 24 invasion, all foreign instructors had left in mid-February but left equipment behind.

Russia says convoys of arms shipments from Western countries could become legitimate targets as it ramps up its invasion of Ukraine continues for a third week.

“If you do not close our sky, it is only a matter of time before Russian missiles fall on your territory, on NATO territory, on the homes of NATO citizens,” Mr Zelensky said in a video address

Russian troops also reportedly shot and killed a US journalist and injured a second near Irpin, outside the capital Kyiv.