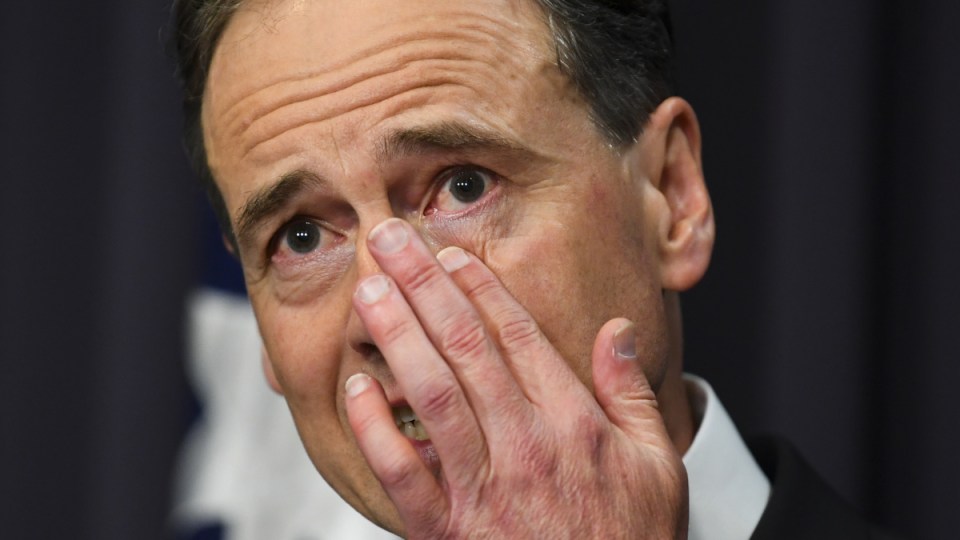 Health Minister Greg Hunt says the impact of the devastating floods will be felt for years to come.

“Importantly, this package of support will be provided over the next two years because we know support won’t just be needed in the next few months,” Mr Hunt said.

The funding package provides $31.2 million over two years for mental health support, including $16.6 million to meet immediate psychological needs and $9 million for the mental health of children and young people.

There is also $4.7 million to ensure continuity of primary health care.

Prime Minister Scott Morrison and Emergency Management Minister Bridget McKenzieand remain under attack for the handing of the crisis, but Mr Morrison insists the defence forces and agencies involved moved as quickly as they could.

“In a disaster like I have seen up in Lismore, no response is ever going to be able to meet the overwhelming need,” Mr Morrison told the Nine Network on Sunday.

“The SES or the defence forces, they don’t replace that community response, they add to it, they support it and they bring in the heavy equipment.”

News Corp newspapers report that Defence officials offered NSW their help ahead of the east coast rain bomb on two separate occasions, only to be told they were not needed.

A national emergency was declared in NSW late on Friday, triggering additional resources for flooded areas.

Queensland Premier Annastacia Palaszczuk knocked back a similar offer for her state, saying help was needed a week earlier.

“Everyone who was watching their television screens during the course of these terrible events knew that this was unprecedented and needed immediate action,” Mr O’Connor told ABC’s Insiders program.

“I have to say, the ADF, those that are involved are doing remarkable things, along with the volunteers and the emergency workers. But more should have been done earlier and more ADF personnel deployed quicker to help the communities of northern NSW, south east Queensland.”

A television flood appeal has raised more than $25 million for victims in NSW and Queensland, as the prime minister defends not extending the national emergency to the Sunshine State’s southeast.

Western Australia and Victoria donated $2 million, while South Australia chipped in with $1 million.

The clean-up continues in NSW and Queensland following the devastating floods, as more than 100 mobile home units head to ravaged communities in the former.

Commonwealth Bank of Australia is also calling for grant applications of up to $10,000 from its $2 million flood relief fund to support organisations involved in recovery efforts.

“Through these grants we hope to assist hundreds of community organisations in their clean-up, rebuild and recovery efforts,” CEO Matt Comyn said.