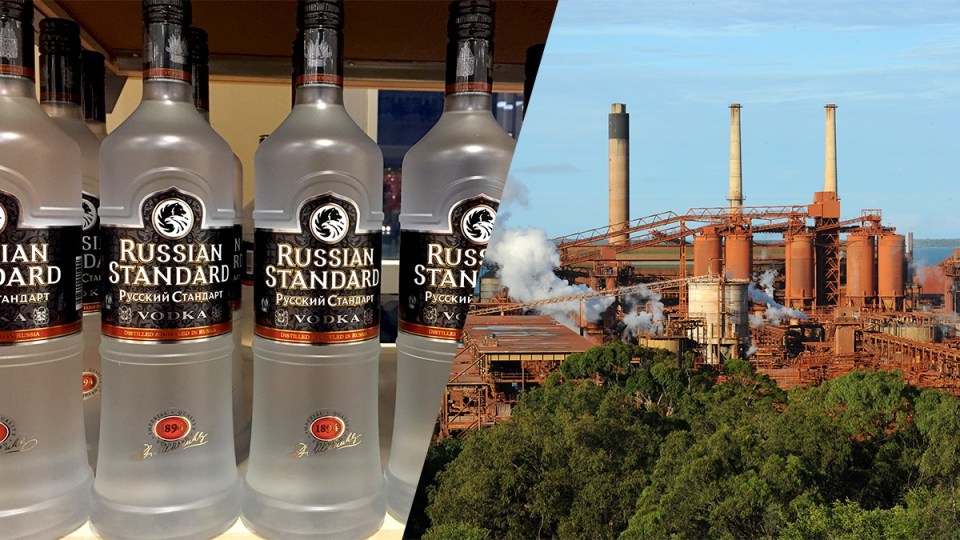 Australian companies are divesting from Russia but some advocates say more should be done. Photo: TND

Ethical investors are calling on Rio Tinto, Origin Energy and other entities to join the growing list of Australian companies divesting from Russia.

Australia’s sovereign wealth fund, the Future Fund, plus the New South Wales government and several super funds, already announced they would divest from Russian assets worth hundreds of millions of dollars this week.

But Origin Energy and Rio Tinto still have links to two Putin associates who have been on US sanctions lists for years.

A third Australian company, Tigers Realm Coal, has counted Russia’s sovereign wealth fund as one of its key shareholders.

On Monday, Prime Minister Scott Morrison announced sanctions on more than 350 Russian and Belarusian individuals “who are facilitating Putin’s illegal and violent ambitions”.

Ethical investment advocates are still calling on these remaining companies to divest from joint ventures with Russian oligarchs.

“Continuing to do business with Russia finances the war in Ukraine,” said Kateryna Argyrou, co-chair of the Australian Federation of Ukrainian Organisations.

“Putin has blood on his hands, and any companies who remain invested in Russia have blood on their hands as well.”

Dan Gocher from the Australasian Centre for Corporate Responsibility said while overall trade between the two countries is relatively small compared to other regions, ventures like this are still significant.

“My concern is that Australian alumina goes to Russia and they continue to make aluminium, and who knows what that’s been used for in wartime,” he told The New Daily.

Mr Gocher said Mr Vekselberg is “one of the original oligarchs”.

Another oligarch, Oleg Deripaska, owns 44.5 per cent in a company that in turn owns 56.9 per cent of Rusal.

However, Mr Deripaska is among a handful of high-profile Russians to have publicly called for peace after the country invaded Ukraine.

“Rusal is a fairly big, integrated mining company with a lot of joint ventures with different companies including Glencore, including Rio Tinto,” Mr Gocher said.

“I imagine those companies are probably wanting Deripaska to distance himself from Putin.

“Sanctions on Rusal and its affiliates would make their lives very hard.”

Rio Tinto did not respond to a request for comment.

A key project in the Australian government’s “gas-fired recovery” is the Beetaloo Basin joint venture between Origin Energy, which has a 77.5 per cent stake, and Falcon Oil & Gas, which controls 22.5 per cent.

Origin condemned Russia’s invasion of Ukraine and stressed that it is covering 100 per cent of exploration costs at the project, and that no earnings has been generated from gas.

“Nevertheless, given the Russian invasion, Origin is concerned about Lamesa Holding’s investment in Falcon,” a spokesperson said on Tuesday.

“Origin has expressed its concerns directly to Falcon, and acknowledges the company’s responsiveness, noting the announcement that Russian businessman Maxim Mayorets has agreed to step down from the Falcon board effective immediately.”

“Origin Energy may be hoping that the resignation of Maxim Mayorets from the board of Falcon Oil & Gas removes an undue influence on its joint venture in the Beetaloo Basin, but that’s simply window dressing,” he said on Wednesday.

“Vekselberg stands to personally benefit from any successful exploration that Origin is conducting in the Beetaloo Basin.”

He added: “Minister Keith Pitt must ensure that Vekelsberg does not benefit in any way from subsidies related to the gas-fired recovery.”

As of February, the Russian Direct Investment Fund – the country’s sovereign wealth fund – held a 7.93 per cent stake in the Australian company.

That was enough to make it the fourth-largest shareholder.

Several RDIF representatives have also served as board members for Tigers Realm over the years.

Most recently, the RDIF had nominated Valery Doronin as an non-executive director.

Mr Doronin resigned on February 3, since he no longer works for the RDIF.

The company did not respond for requests for comment, but said in a recent ASX statement that it is monitoring the situation closely.

“Tigers Realm Coal’s mining operations in the far‐eastern Russian province of Chukotka are currently continuing to operate on a continuous basis notwithstanding the situation arising out of the current conflict between Russia and the Ukraine,” the company said in an ASX release on Monday.

“Our Russian‐based management and staff are all safe and continue to work diligently to meet the objectives of the company.”

Vodka off the shelves

Australian bottle shops have been united in pulling Russian-made spirits from their shelves.

“As an act of solidarity with the innocent people of Ukraine, and to prevent funding war, retailers should send a strong signal that they will not support the Russian invasion of Ukraine,” said Stefan Romaniw, co-chair of the Australian Federation of Ukrainian Organisations.

Most vodka brands in Australia aren’t actually made in or owned by Russia.

A notable exception, however, is Russian Standard, which was founded in 1998 by billionaire oligarch Roustam Tariko, who also owns a bank of the same name.

Australian companies are divesting from Russia, but some links to oligarchs remain