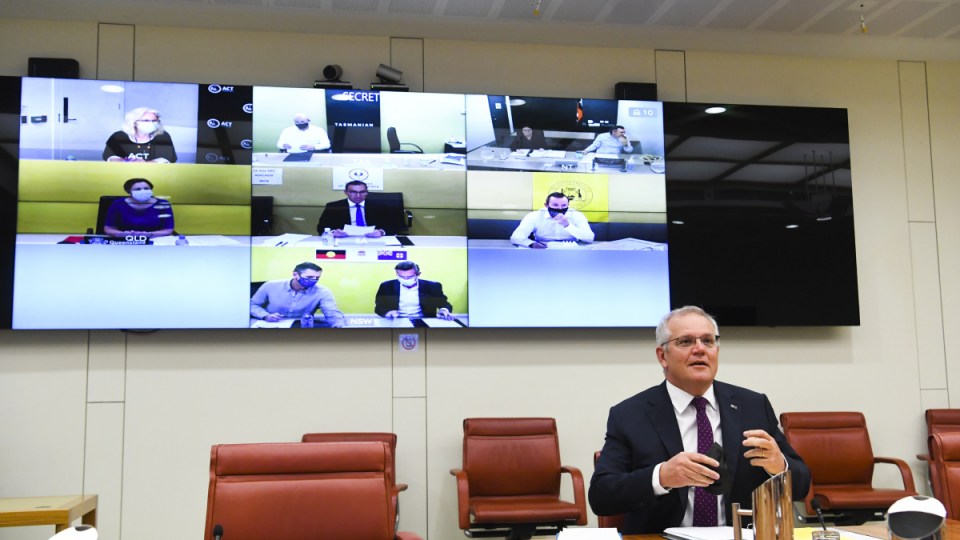 Sanctions by the US and Britain will target Russian billionaires and financial institutions, while Germany has put the brakes on a new gas pipeline.

The committee is expected to finalise what sanctions and measures Australia will introduce.

“I’m a little bit worried that this may once again become a political football and we need to be very, very cautious at this point,” he told the Nine Network ahead of the meeting on Wednesday.

Australia has ruled out direct military assistance and is supporting Ukraine’s cyber-capability. It has left the door open for technical military support but Mr Morrison has declined to elaborate on what that means.

The head of the Ukrainian embassy in Canberra, Volodymyr Shalkivskyi, wants the Australian government to join the sanctions to show a unified position with international partners.

“There’s need for significant expansion of sanctions. Sanctions are the most effective way right now to influence the situation,” the charge d’affaires told the ABC.

“We would like to avoid full-scale war. There is still a door open for diplomacy but we are not ready to sacrifice fundamental principles of freedom [and] independence”.

Foreign Minister Marise Payne said Australia was reviewing options relating to Ukraine’s pro-Russia breakaway regions Donetsk and Luhansk, and an announcement would be made as soon as possible.

“We will use whatever tools we have available to us to the greatest degree to ensure that we are applying sanctions in conjunction with our counterparts,” Senator Payne told the ABC.

She also reserved the right to summon or expel the Russian ambassador but says the focus remains on targeted sanctions.

“As to how we deal with diplomats, that’s a matter I’ll turn my mind to at an appropriate time,” Senator Payne said.

But before the committee had even met, the former British ambassador to Russia told the ABC previous economic sanctions have had little effect against the country, only knocking off about 0.2 per cent of GDP each year.

“They have certainly not been effective … and while they’ve had little economic effect they have had zero policy effect,” Anthony Brenton said.

“The Russians gather around their president when pressure from outside is coming at them and they’ve been pretty tough in their refusal to bend to Western economic pressure. I would expect exactly the same in the upcoming round of sanctions now.”

“I know he is a very cautious man. He is not a man who takes uncalculated, unquantified risks,” he said.

“He is not going to go for a very big-scale invasion of Crimea, which would be a huge operation with vast potential downsides if it goes wrong, downsides including Putin potentially losing his job.”

The former diplomat also cautioned against the use of inflated rhetoric as he held out hope for a negotiated outcome.

“I’m an ex-diplomatic, which means you never call a spade a spade,” he said.