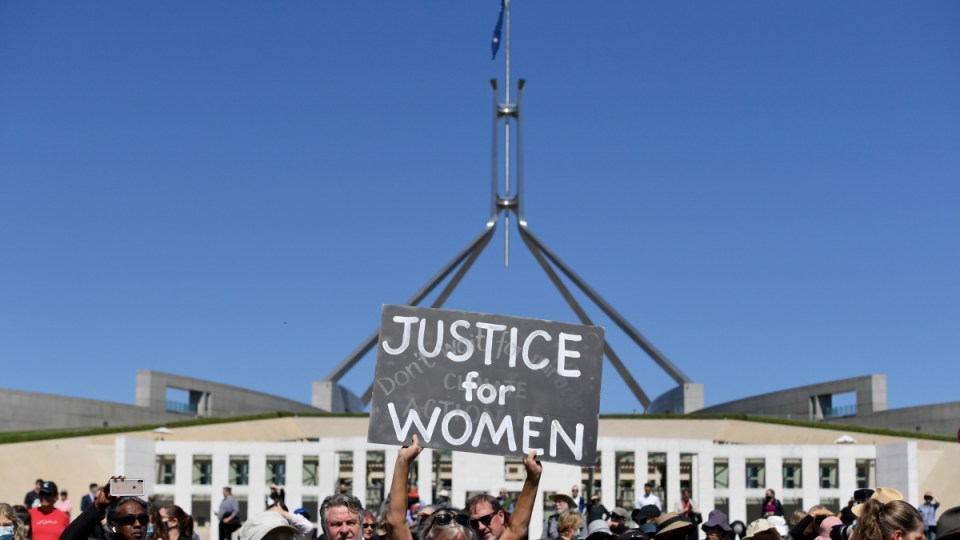 Thousands of people are expected to take part in the Women's March 4 Justice on Sunday. Photo: AAP

Tens of thousands of people across Australia are expected to march for justice this weekend, marking the anniversary of last year’s historic event.

The Women’s March 4 Justice first took place in 2021 in response to allegations of systemic sexual assault and harassment at Parliament House.

Melbourne march organiser Bronwyn Currie says she expects more women and their allies will get involved in 2022 than last year.

“The collective anger we saw motivate tens of thousands of people to flood the streets this time last year has not gone away, it hasn’t blown over, and it’s not a niche issue for a select few,” she said.

Organisers are seeking a commitment from the next government to implement all 55 recommendations from the Australian Human Rights Commission’s Respect@Work report.

They will also call for a review and reform of criminal justice processes and permanent, consistent funding for domestic and family violence support and prevention.

“Currently there is no consistent legal definition of sexual intercourse or consent, nor is there a standard approach to how we treat victim/survivors and how they give evidence, meaning victims are often retraumatised throughout the justice process,” Ms Currie said.

“We shouldn’t accept that the criminal justice system has to be this way.”

Organisers are finalising the permits for the marches in towns and cities across most states and territories.

Thousands expected to march for justice