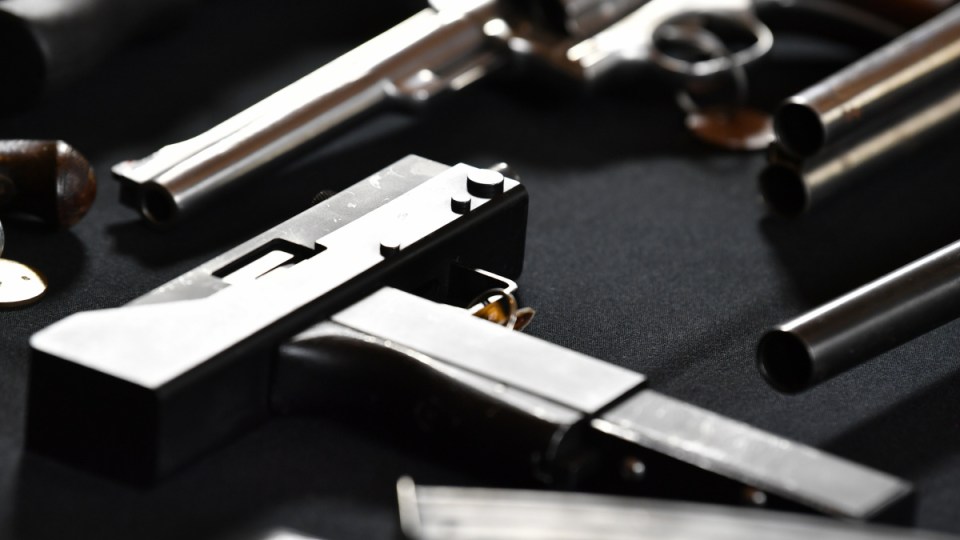 New laws will double the maximum penalty for firearms trafficking to 20 years in jail and/or a fine. Photo: AAP

New laws to toughen penalties for firearms trafficking have been introduced to federal parliament on Wednesday.

Under the proposal, the maximum penalty for existing firearms trafficking offences will be doubled to 20 years in jail and/or a fine of 5000 penalty units.

There will also be a new aggravated offence for trafficking 50 or more firearms or firearm parts and mandatory minimum penalties of at least five years in jail for adult offenders.

Courts will have the discretion to reduce this minimum penalty if the offender pleads guilty to the offence and/or co-operates with law enforcement agencies.

In presenting the bill to the lower house, cabinet minister Stuart Robert said it would be a strong deterrent to criminals.

“It only takes one illegal firearms in the hands of someone with criminal intent … to be of great concern to our community,” he said.

“One illegal firearm in our community is clearly one too many.”

A national firearms amnesty has resulted in over 57,000 firearms being handed in across Australia.

But there are over 260,000 unregistered guns estimated to be in circulation in Australia.

“When they come into this country, we know that they remain in circulation for a very long period of time,” Home Affairs Minister Karen Andrews told reporters.

“That is why it is important that we have legislation in place that would prevent the importation of these weapons into Australia.”