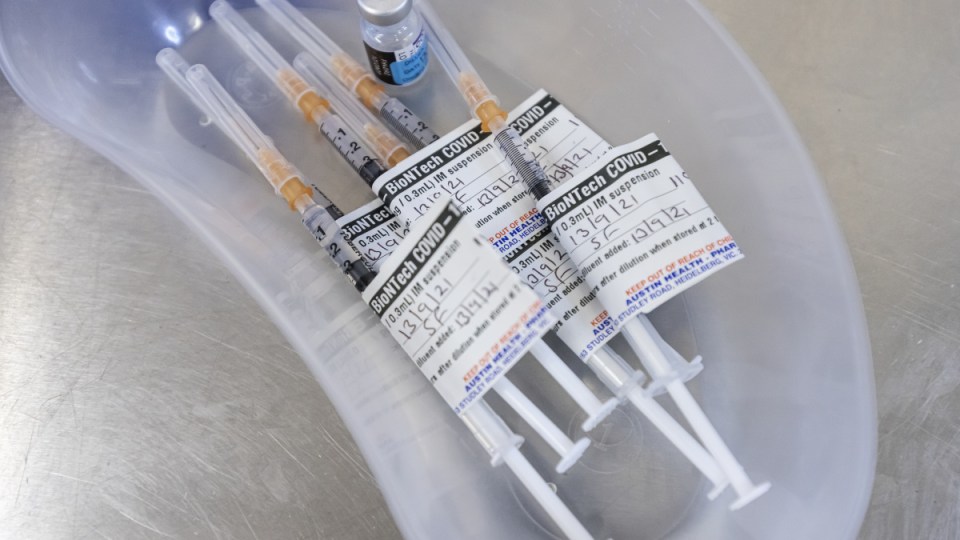 The national rate for a third dose for a COVID-19 vaccine is just under 60 per cent. Photo: AAP

More than 10 million booster doses have been administered across the country, as health authorities hope the newest vaccine will help increase immunisation coverage.

The milestone for booster numbers was passed on Monday, with the national rate for a third dose for a COVID-19 vaccine just under 60 per cent.

“Another 144,000 people came through the doors yesterday. The uptake is really good, but we have a way to go still,” General Frewen told the Seven Network on Tuesday.

“It has never been more convenient to get a vaccine and there is good choice across the range of vaccines.”

It came as Monday marked the start of the rollout of the Novavax vaccine.

The vaccine is the fifth to be approved by Australia’s medical regulator and the first protein-based vaccine to be used in the country.

General Frewen said while the overall vaccination rate was more than 90 per cent, it was hoped more people would use Novavax to start their primary course of COVID-19 vaccinations.

“We have had more than 3000 GPs and pharmacies show an interest in stocking it and more than 2000 orders places now,” he said.

The latest COVID vaccination figures have also revealed more than one million five- to 11-year-olds have received their first vaccine, or about 47 per cent of the demographic.

Elsewhere, the Morrison government is under pressure to provide extra staff, protective equipment and rapid tests for the disability sector as it deals with rising Omicron cases.

Disability sector workers, people with disabilities and union representatives will be in Canberra on Tuesday for talks with MPs.

The ACTU has written to Prime Minister Scott Morrison, calling for financial help and for him to meet stakeholders to discuss a fit-for-purpose national plan of action.

ACTU president Michele O’Neil said the needs of some of the most vulnerable Australians were not being properly considered by the government.

“Disability workers are falling ill at an alarming rate and workplaces are becoming unsafe,” she said.

“The Morrison government must address this workforce crisis and provide immediate support to the disability sector.”

She said a national plan was needed to deal with COVID-19 outbreaks and to support and manage staff isolations.

Meanwhile, Mr Morrison has defended the government’s failure to order enough rapid antigen tests, as thousands called for them to be made free for everyone.

He claimed health officials did not advise him that RATs would need to be widely used before the outbreak of Omicron during summer.

“In fact, they were not even approved by the Therapeutic Goods Administration until November of last year,” he said.