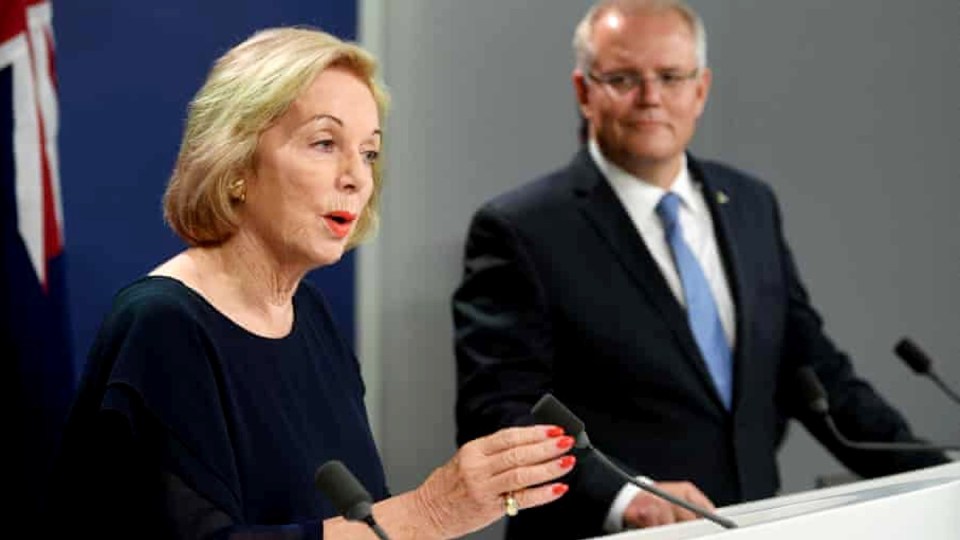 The government's announcement doesn’t come close to making up for what has been lost in cuts to funding and staff. Photo: AAP

However, the Morrison government’s pre-election announcement it would restore the ABC’s budget to 2018 levels doesn’t come close to making up for what has been lost in cuts to funding and staff.

Significantly, the government says it is scrapping its controversial indexation freeze on the ABC’s budget.

This was imposed by then-prime minister Malcolm Turnbull in 2018 and meant the broadcaster’s funding did not keep pace with inflation. It led to drastic cuts in programming and staffing in June 2020.

Mr Fletcher also announced the ABC funding would include $45.8 million for another three years for the broadcaster’s “enhanced news gathering” program, which is earmarked for local public interest journalism in regional communities.

However, the funding comes with strings attached.

The Morrison government has published what it calls a statement of expectations, a requirement for the ABC and SBS to provide a report each year detailing staff numbers in regional and remote Australia, as well as hours of programming tailored to those audiences.

Mr Fletcher also said the ABC and SBS weren’t currently required to report on the number of hours of Australian drama and documentaries they show each year.

Although these hours are published in the ABC annual report, the government will now require the ABC and SBS to provide further reporting on this through a national framework.

Impressive figures, but it doesn’t undo the damage

To those who haven’t been following the ABC’s funding situation closely, the announcement may seem like impressive numbers.

Certainly, the government’s line is the ABC will be “boosted” by scrapping the indexation freeze.

However, the end of the index freeze and the retention of the news gathering program still do not make up for the massive cuts already inflicted on the ABC.

As the table below shows, these accumulated funding losses include a series of budget announcements, cancelled funding contracts, reduced or ended specific programs and implemented major cuts.

In fact, taking into account the government’s latest announcement, we now calculate the ABC’s accumulated lost funding from fiscal years 2014-15 to 2024-25 will reach a staggering $1.201 billion.

Tallying the ABC’s accumulated losses over a decade

To get to this figure, we used our previous research as a baseline and factored in this week’s funding announcements.

This takes account of no additional plans by the government to restore any of the earlier ABC funding cuts, and the ongoing impact of the three-year indexation pause.

While ending the freeze means future ABC funding will take some account of inflation, it does not address the impact of the freeze itself from 2019.

The ABC has said this is a problem. In answer to a Senate Estimates question in October 2021, the broadcaster said this would result in a funding shortfall of just over $40 million annually, which would continue to be felt in future years.

Our research also factors in the ABC’s loss of the 10-year Australia Network contract in 2014. This resulted in a reduction in funding of $186 million, which is represented across the balance of the contract term in the table above.

Certainly, the ABC does continue to do some international broadcasting, particularly in the Pacific, but it is no longer the dominant broadcaster in the region it once was.

Restoring and even boosting the funding that was given to the Australia Network would go some way to improving Australia’s standing in the Indo-Pacific region.

We found the total lost funding continues to accumulate at well over $100 million annually through 2024-25.

In other words, if the government truly wanted to restore the ABC’s funding, it would need to increase its budget by at least 10 per cent annually.

It is difficult to be definite with the numbers because the triennial funding total announced by Mr Fletcher lacks detail.

It is not clear, for instance, how much will be available for the broadcasters’ operations after funds are allocated for broadcast distribution and transmission contracts that go to third-party suppliers. In the ABC’s case, these contracts are worth almost $600 million over the next three-year budget cycle.

It must also be noted Mr Fletcher rejects the assertion the ABC’s funding has been cut at all in the current three-year funding period from 2019 to 2022.

In fairness to the minister, while the indexation freeze and other funding reductions continue to reduce the available funds to the ABC, they were not announced during the current three-year period.

The ABC lacks funds for future-proofing

This week’s announcement was warmly greeted as a significant change in the government’s position towards the public broadcasters.

It is also certainly a positive response to the dire state of journalism in some areas, particularly in the suburbs and regional and remote communities, where the closure of commercial newsrooms has left many without a local journalist or any local news service.

But we’d argue more needs to be done.

The ABC still gets only about half the per capita government funding other democratic countries provide to their national broadcasters.

This funding will also not future-proof the ABC or SBS with the extra resources needed to remain at the forefront of delivering digital content to Australians as they continue to change the way they access quality and trusted news and information.

The announcement may at least prevent the ABC from becoming an election issue.

The Friends of the ABC had been gearing up its campaigning across the nation, fundraising to target key marginal seats.

And last week, the Guardian Australia reported the majority of Australians would support restoring funding to the ABC.

It remains to be seen if the announcement is sufficient to convince Australians who love and trust the national broadcasters that the Coalition has actually has done enough to support them.

The ABC’s budget hasn’t been restored – it’s still facing $1.2 billion in losses over a decade