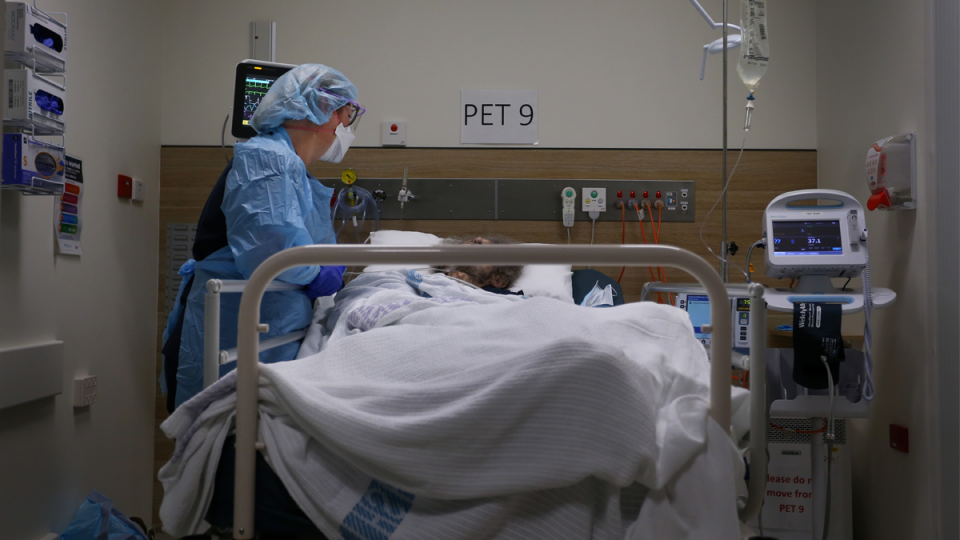 Doctors are calling on state and federal governments to devise a plan for the growing backlog of elective surgery patients. Photo: Getty

Medical professionals are calling on the federal and state governments to address the growing backlog of elective surgery procedures postponed due to COVID-19 hospitalisations.

Melbourne-based plastic and reconstructive surgeon Dr Jill Tomlinson believes these important procedures can and should be resumed.

“The decision to restrict elective surgery every time case numbers rise has been embedded in the minds of health ministers and state controllers across Australia,” she told The New Daily.

“But it’s an embedded idea that really is not there for good reasons, and needs to be reconsidered.”

Dr Tomlinson typically treats skin cancers, chronic conditions and people with hand injuries that prevent them from going about their lives.

She is also a board member of the Australian Medical Association, which is calling for governments to step up in this area.

Another reconstructive plastic surgeon from Melbourne, Dr Neela Janakiramanan, says her personal backlog is about 150 patients and counting.

She believes it will take years to work through the backlog of necessary procedures across the state unless something changes.

“This whole thing just exponentially turns into a catastrophe with a background of increasing waiting lists for surgery, even before the pandemic,” Dr Janakiramanan told TND.

This is not an isolated case.

Data from the government’s Australian Institute of Health and Welfare found that waiting times for elective surgery have increased as public hospitals scramble to help the backlog of patients from previous waves.

During the 2020-21 financial year, half of all patients were admitted for their procedures within 48 days, compared to 39 days in the previous year.

On Monday, the AMA and Royal Australasian College of Surgeons released a joint statement calling on the federal and state governments to work together to devise a plan on how to resume elective surgery amid this massive backlog.

So far, only two states have committed to resuming elective surgery: New South Wales, which will see a staged restart this month, and South Australia.

In Victoria, various restrictions have been in place since the Delta wave of mid-2021.

The name of the game

“The vast majority of us are out there restoring sight, restoring hearing, restoring function, screening for cancers, getting rid of stones out of people’s kidneys, that sort of stuff,” Dr Janakiramanan said.

A big source of this misconception around elective surgery comes from the name.

The term was first used in the 19th century to refer to procedures that were risky at the time, such as caesarians.

Nowadays, it refers to procedures that are safe and almost never optional.

“There are campaigns in multiple English-speaking countries at the moment to change that term,” Dr Janakiramanan said.

In French and German, for example, elective surgery is known as planned surgery.

“It’s very easy for a politician to stand up and say, ‘we’re going to cancel elective surgery’, because it makes it sound like something fun that someone is choosing to do,” she added.

“Whereas if they had to stand up and say, ‘we are going to cancel essential surgery’, that has a very different tone about it.”

In Victoria, the state government’s suspension of IVF proved to be controversial.

A social media campaign by women whose IVF procedures were delayed garnered massive public support, with one petition receiving more than 100,000 signatures.

In response, the Victorian government allowed these procedures to resume from January 26.

The petition received more than 10,000 signatures in one day and, shortly afterwards, Ms Blackett received news that her son’s procedure would go ahead in early February.

Time for a plan

As elective surgery gradually resumes in different states, authorities need a plan to treat the enormous backlog of patients that has built up.

One thing surgeons want state governments to do is to approach the issue with nuance.

Smaller procedures that only take a few hours are far less of a burden on COVID capacity compared to other procedures in which a patient may need to spend days in a hospital bed.

These smaller procedures can safely go ahead sooner, experts say.

“The [Victorian] state government has taken a nuanced approach to events management where all of the venues have a COVID-safe plan that’s fit for purpose and fit for venue,” Dr Tomlinson said.

“We’re not applying the same nuanced approach to elective surgery.”

However, for this to happen, there needs to be more co-ordination from state authorities.

AMA president Dr Omar Khorshid believes that two years into the pandemic, state and federal governments should have a plan to address this growing waiting list of essential elective surgeries.

“We need to see a funded plan from state/territory and federal governments for clearing these backlogs and properly supporting our public hospitals,” Dr Khorshid said.

“It then needs to be backed by real, long-term funding commitments that deliver permanent, expanded capacity in our public hospital system.

“And while the private sector can play a role in helping to address public sector waiting lists in the short term where they have spare capacity, this needs to be done in a way that does not simply displace private patients from accessing care or impact on the training of specialist trainees.”